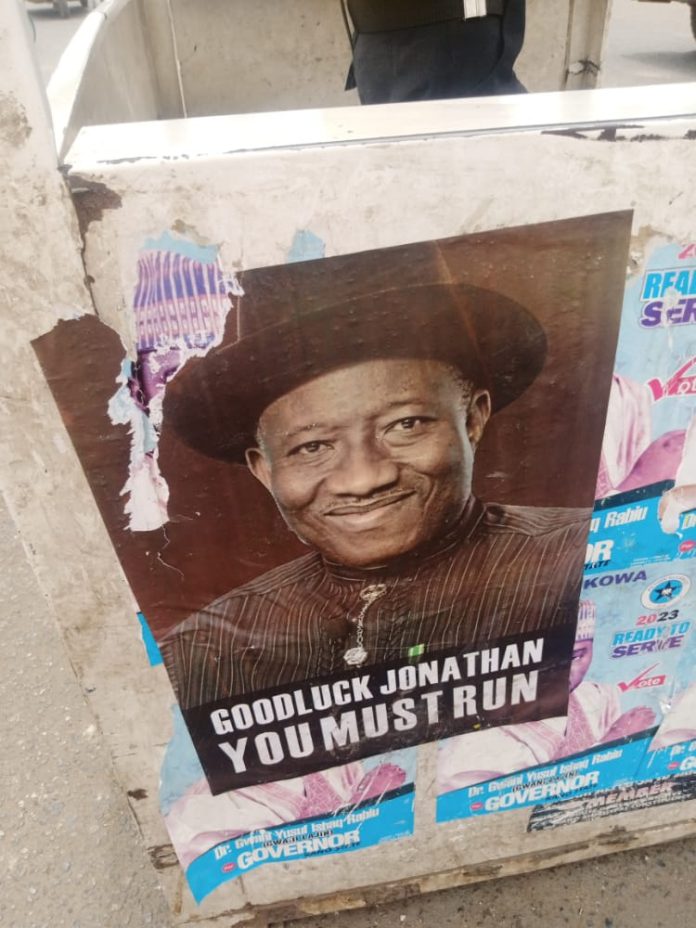 Campaign posters of former President Goodluck Jonathan have been seen around the major streets of Kano, Kano state.

The posters seen in the metropolis of Kano on Thursday read: “2023 Our hope, Our solution”. 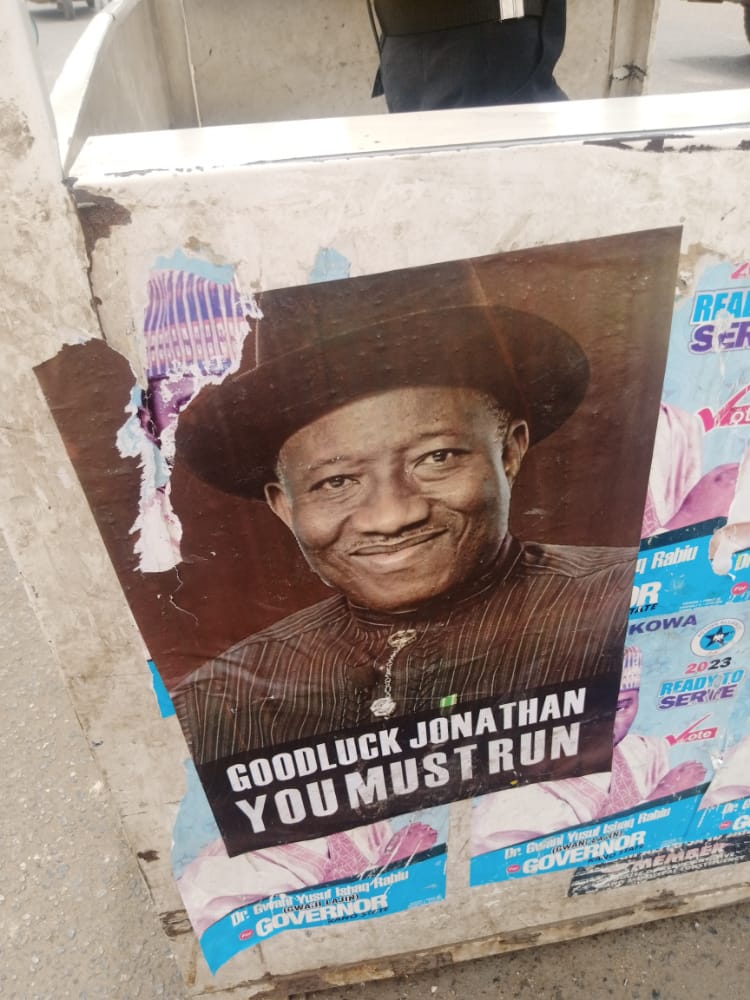 Despite calls on him to declare for president, the former president is yet to indicate any interest in running for office.

Last week, Jonathan asked his supporters to “watch out” for his next political move. 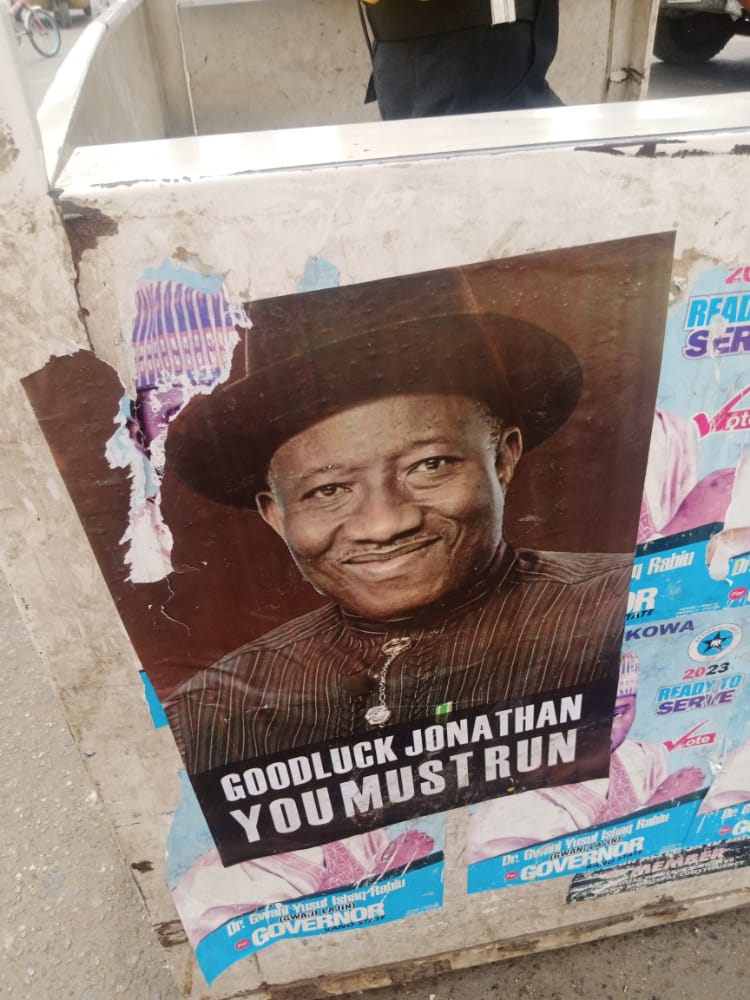 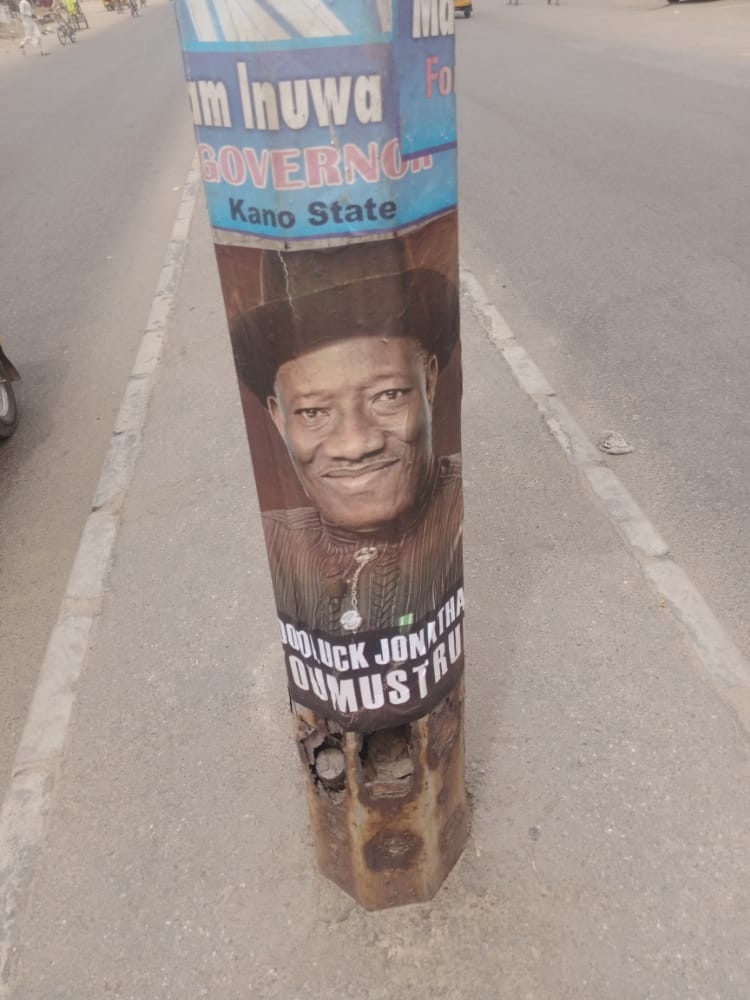 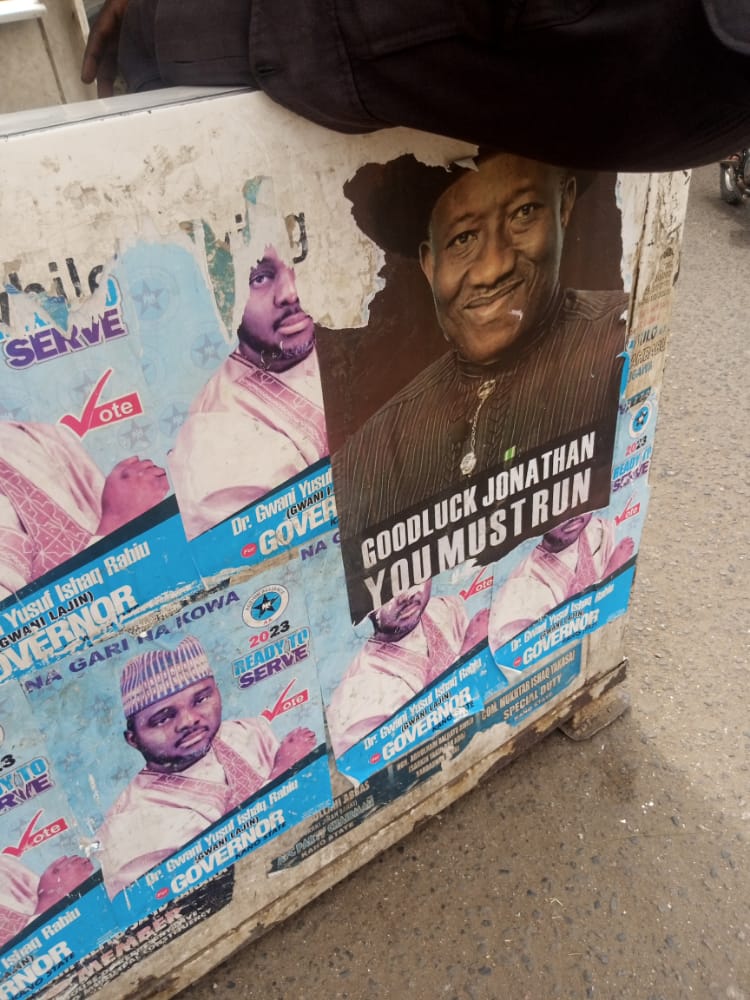