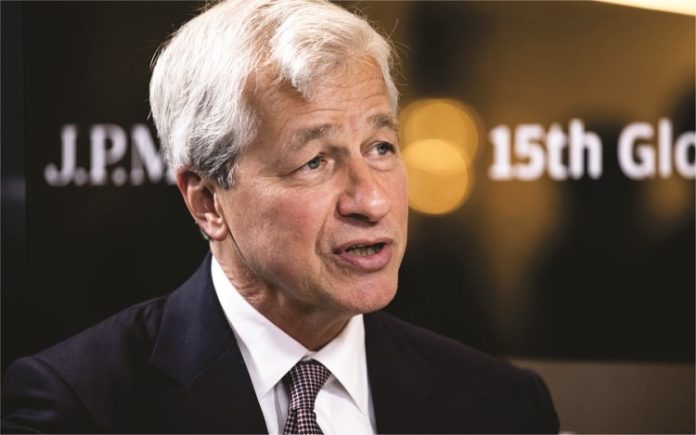 In a congressional hearing on Wednesday, when a US senator brought up the executive’s past criticism of cryptocurrency, Dimon didn’t hold back, as he declared, “I’m a huge skeptic on crypto tokens, which you term currency, like Bitcoin. These Ponzi schemes are decentralized.”

The idea that they are beneficial to anyone, in Dimon’s opinion, is absurd. Dimon slammed digital assets citing fraud and cyberattacks connected to them that costs holders billions of dollars.

With the right legislation, stablecoins — digital assets linked to the value of the US dollar or other currencies — wouldn’t pose a problem, and JPMorgan is involved in blockchain, according to Dimon.

The remarks are the most recent criticism of digital currencies by Dimon, who once branded Bitcoin “a hoax” before later apologizing for the remark.

Maxine Waters, the chairwoman of the House Financial Services Committee, and Patrick McHenry, the ranking member, have been negotiating on stablecoin legislation.

According to a copy of the bill obtained by Bloomberg, it would be illegal to issue or develop new “endogenously collateralized stablecoins,” such as those like TerraUSD, the algorithmic stablecoin that crashed earlier this year.

The company has been concentrating on adopting blockchain for financial services even though Dimon has been a loud opponent of Bitcoin. JPMorgan conducts intraday repurchase agreements utilizing their unique blockchain and token, JPM Coin, which enables other financial institutions to obtain short-term loans with excellent collateral.