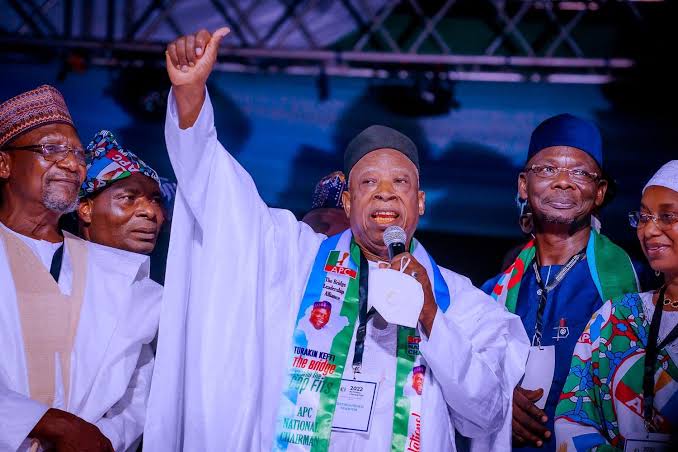 Abdullahi Adamu, national chairman of the All Progressives Congress (APC), has resigned from the senate.

Adamu was elected as APC national chairman at the convention of the party that was held on March 26.

Their resignations were stated in letters read on the floor of the red chamber by Senate President Ahmad Lawan on Tuesday.