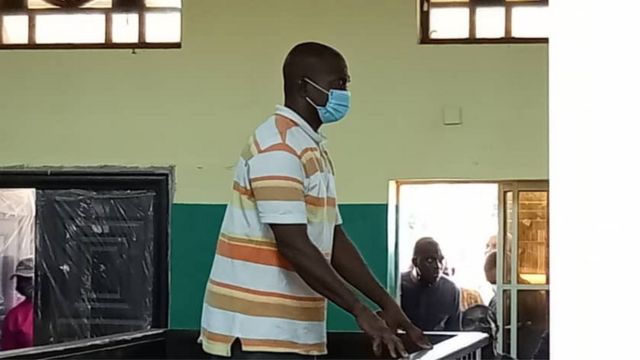 He was arraigned on a 4 count bordering on rape, conspiracy and murder of his passenger, Oluwabamise Ayanwola.

He said that the incident took place at about 7 pm, at the Lekki- Ajah Conservation centre off the Lekki Ajah expressway in Lagos.

The DPP also told the court that Andrew Nice conspired with others now at large and forcefully had sexual intercourse with his 22-year-old passenger, Oluwabamise Ayanwola, without her consent after which he murdered her.

Dr Martins said the rape incident happened on February 25, 2022, at about 8 pm, on the Lekki-Ajah Conservation expressway.

According to the prosecutor, the offences committed is contrary to and punishable under Sections 411, 223, 260 and 165 of the Criminal Laws of Lagos State, 2015.

When all the counts were read to the defendant, he pleaded not guilty to the charge against him.

Following his plea, the DPP asked the court to order a further remand of the defendant at the Ikoyi prison. He also asked for a trial date.

With no objections from the defence counsel, Mr Isaac Ezeawem, the court ordered that the defendant should be further remanded at the Ikoyi prison.

Justice Sonaike subsequently adjourned the case to May 9, 10 and 11, 2022 for commencement of trial.