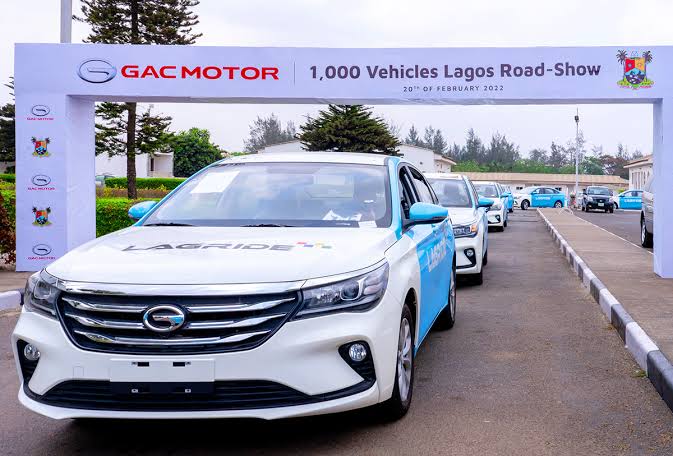 Leveraging mobile app technology, e-hailing has become one of the biggest disruptions to transportation all over the world. In Nigeria, the arrival of the likes of Uber and Taxify (now Bolt) has changed the transportation landscape.

While new entrants such as InDriver, and Rida are also pushing their way into the market, the entry of a government-owned e-hailing service for Lagos State residents took the revolution a notch higher.

Launched in March this year, the LagosRide app is described as a mobility solution that allows users to book and share the cost of a ride with similar transit patterns. The app is designed to link users up based on their preferred pick-up and drop-off points, each not more than 1km apart respectively, and a pick-up time not more than 5mins apart.

The app which is available on both the App Store and Google Play has seen over 10,000 downloads on the Google Play Store since launch.

LagosRide App Still Has A Long Way To Go

Apparently, one of the advantages of the Lagos Ride app over other e-hailing platforms is the ride-sharing feature, which automatically helps users share costs. With this, Lagos Ride is expected to be more affordable than other e-hailing services available in the state.

Users’ reviews
The LagosRide app certainly looks simple by design spotting mainly white colour with a blue stripe underneath its home page. However, 6 months after launch, the experience on the app has not been totally smooth for the users of the Lagos Ride platform. Indeed, several complaints from the users through their reviews on Google Play Store indicate the app still has a long way to go in delivering efficient e-hailing service. Here’s what the users have to say about their experience:

Bukola Adanna was disappointed that her ride was canceled when it was almost time for her to be picked up and could not order another. “It’s funny how you think it’s reasonable to book 30 minutes in advance regardless of the circumstances. l booked my morning pickup for 7 am well before your 30 minutes in advance only for your driver to cancel by 6.57 without notice and I was not allowed to book another for 7 am because I need to book 30mins in advance. What a useless and unreliable feature. Maybe you guys should stick to BRT because apparently, your taxi service has no accommodation for emergencies,” she posted in her review of the app on Play Store.

Temilola Kutelu had the same issue of ride cancellation. “You guys are obviously not ready to run a ride business. You called multiple times to confirm whatnot. Multiple prompts on the app to confirm ride, only to cancel it. So disappointed. It is not compulsory to do e-hailing,” she wrote.

But Hadassah Pierre has had a good experience with LagosRide, except for the shortage of rides. “I’ve had a good ride experience with Lagos Ride since late May 2022; polite and patient drivers. The only snag so far is you can’t have more than one stop when requesting especially if you have multiple locations. There are not enough rides so you sometimes wait a while before you get a driver.”

Afolabi Oladayo is one of the few users of the app that has had it all good. According to him, “the great things about this ride are zero surge, the affordability and the cost-sharing option, and the professionalism of most of the drivers. I have experienced great service delivery from most of the drivers and encountered only 1 rude young man since the 1st week in June 2022. Another amazing thing is that the vehicles are luxurious and Brand-new. The waiting time would be reduced as more vehicles are added by sponsors. l think I am now addicted to Lag Ride. Well done to you guys.”

Esther Gbegudu’s experience is not different from that of many other users of the app who had to wait hours without getting a ride. “This is total rubbish, I was told to load my wallet, I did that, and try to order a ride, but it will always respond with no driver in your location, I have tried every day for like two weeks now, and it keeps telling me no driver, even when I see the car passing by. Now my problem is how to get my money back, please I need my money, I don’t want your useless ride again, refund my money,” she said.

Another user who identified himself as ACME Super was having issues with the face detection feature of the app and would want it removed. “It’s better you remove the face detection stuff for easy registration for customers, it’s giving me headache as I have tried up to 9 different pictures of myself and none of them were usable all in the name of the face detection problem. What if I’m in a hurry to quickly register.”