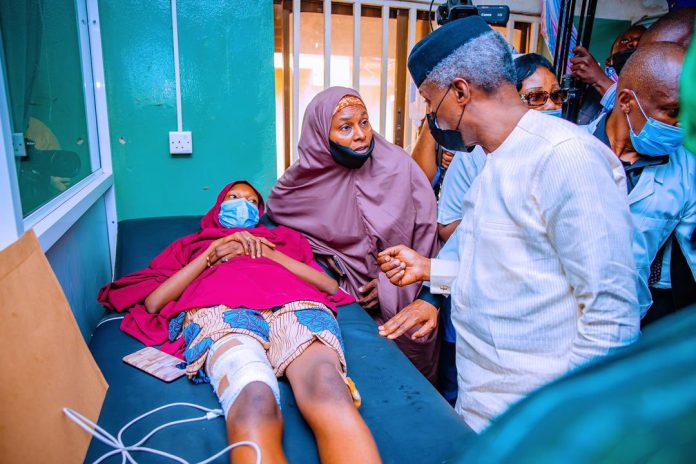 Vice-President Yemi Osinbajo has arrived in Kaduna to visit the victims of the train attacked by gunmen on Monday night.

The attack occurred around the Kateri-Rijana area of Kaduna state.

The gunmen were said to have blown up the rail track after which they launched an attack on the passengers.

Osinbajo was received by Nasir el-Rufai, governor of Kaduna, and Samuel Aruwan, commissioner for internal security and home affairs.

I am saddened by another mindless terrorist attack on citizens.

We must for our nation and their memories fight on and defeat the cowards who unleash terror on those not armed. They will not break our spirits and our resolve. We will prevail & our land will be secure. pic.twitter.com/WpWghk7sOM 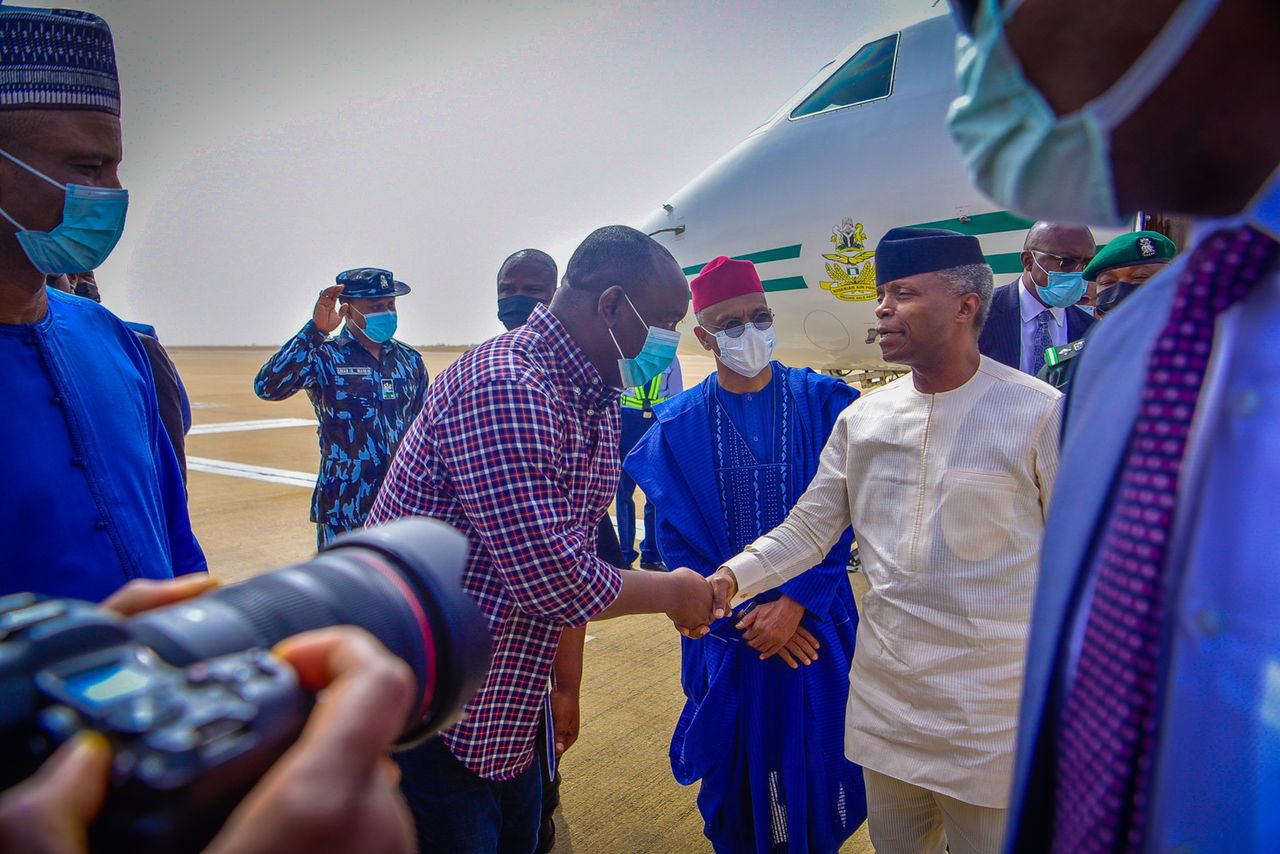 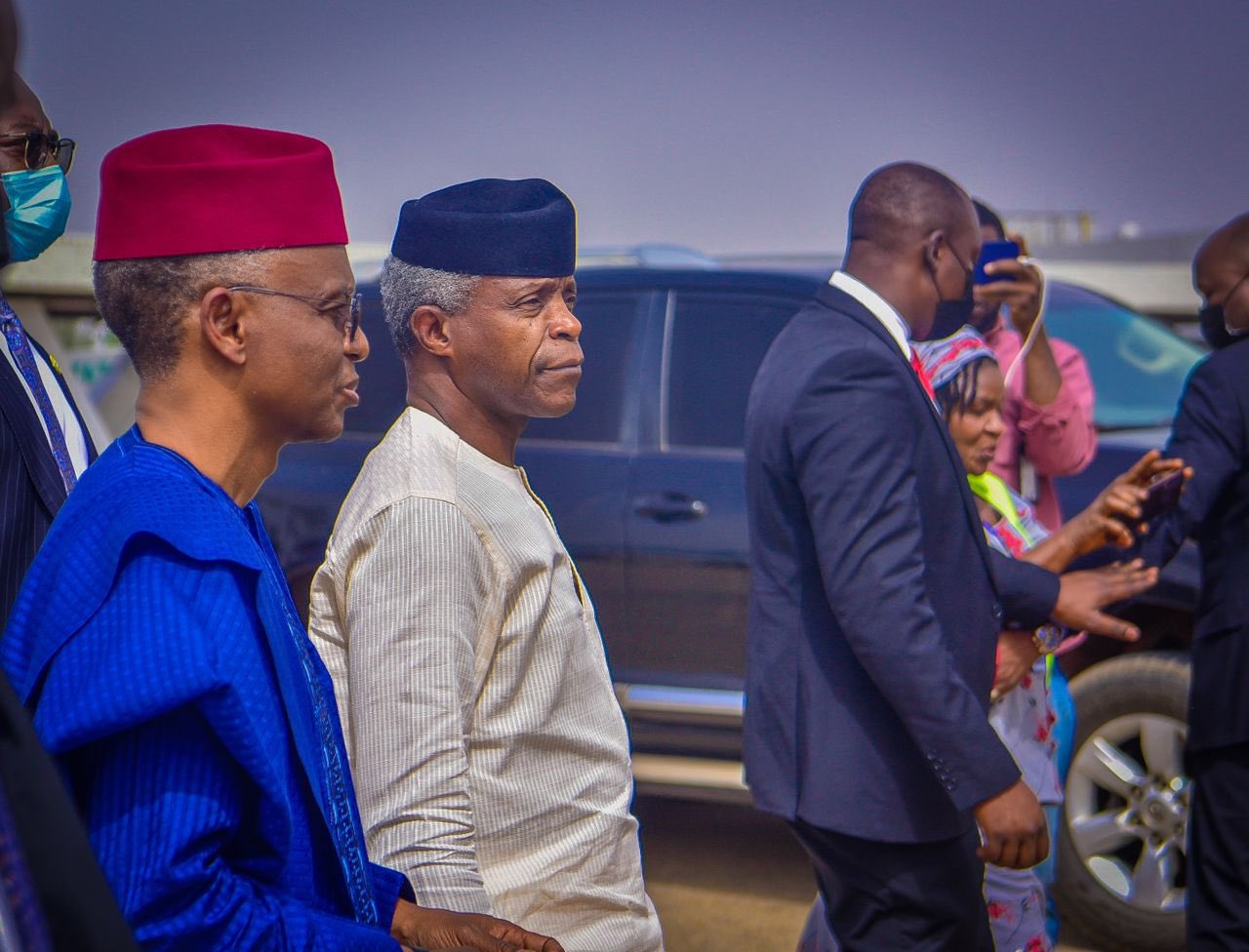 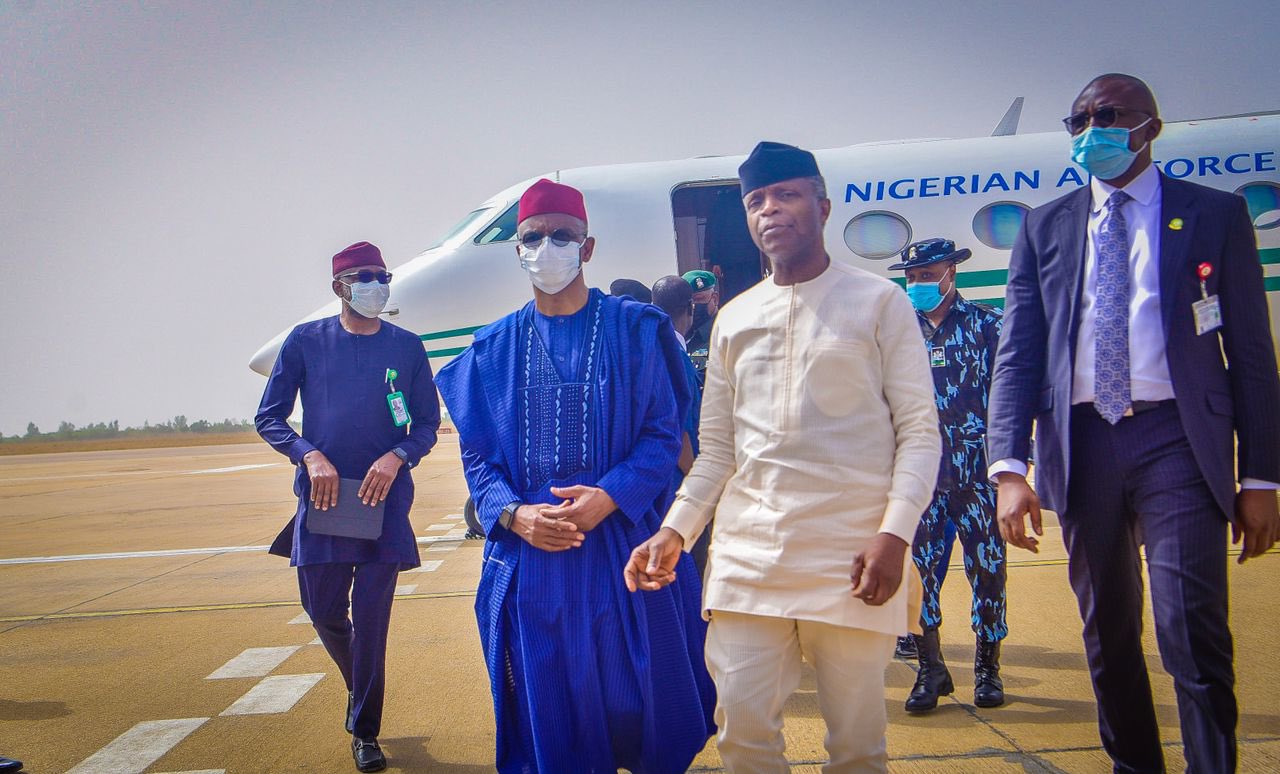 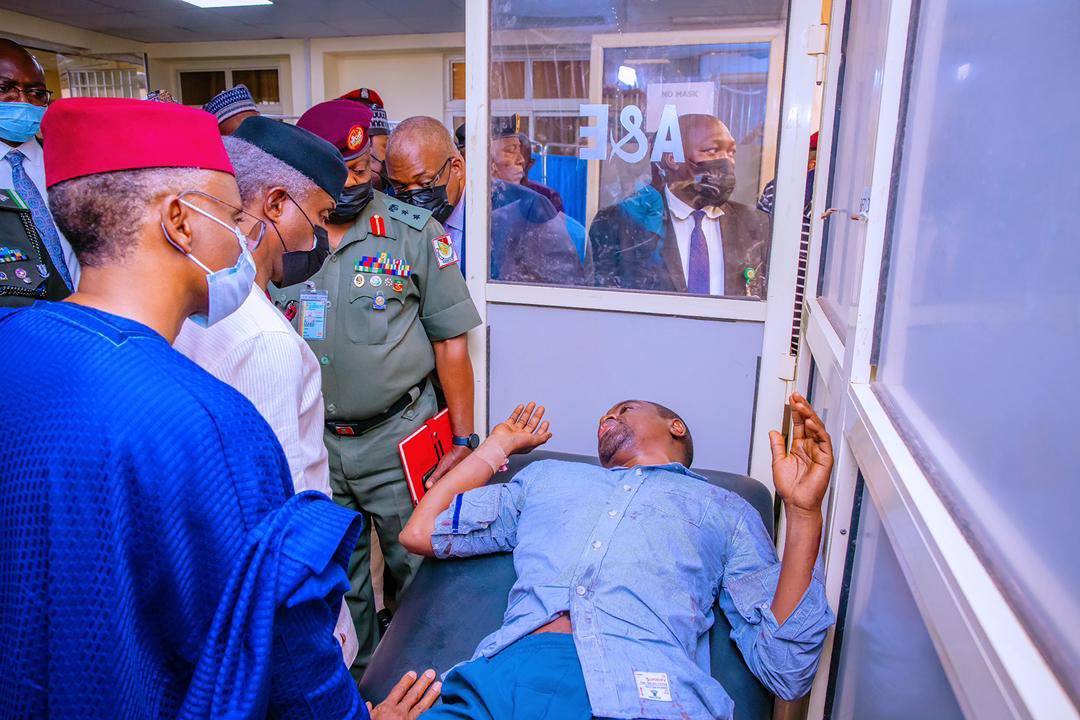 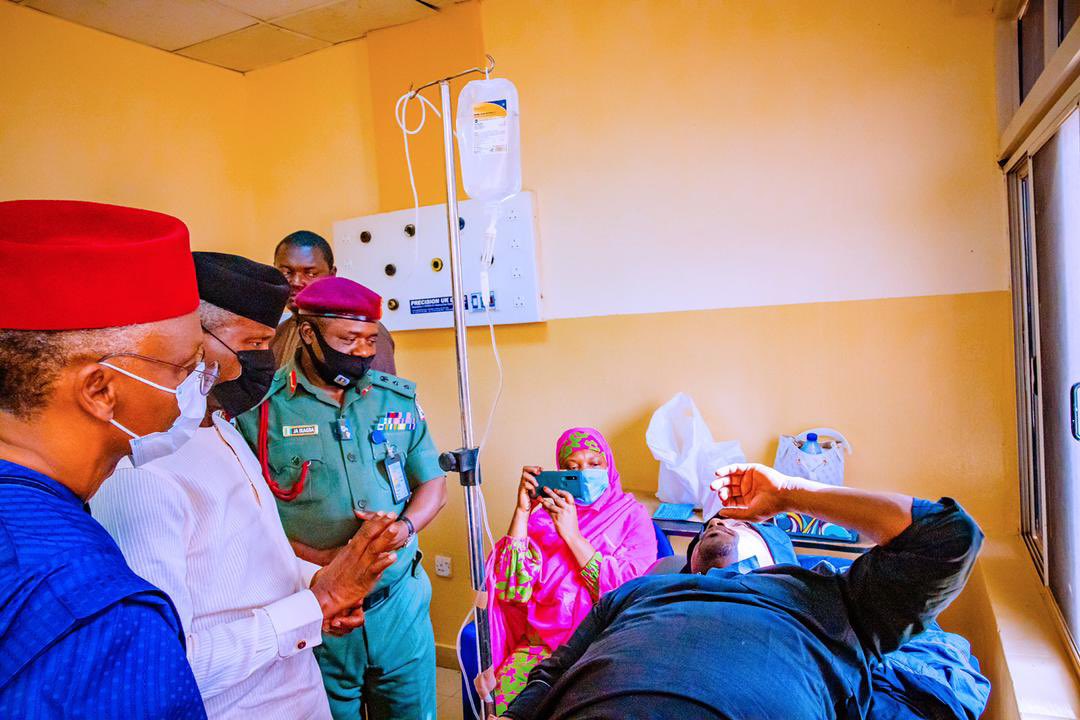 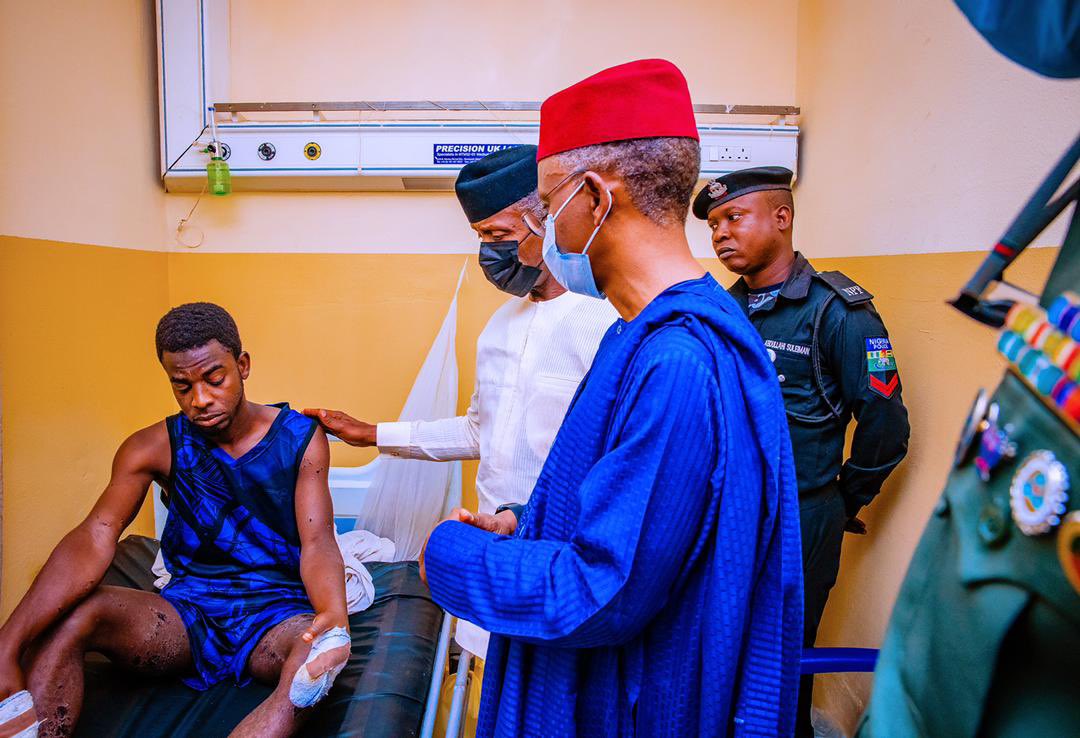 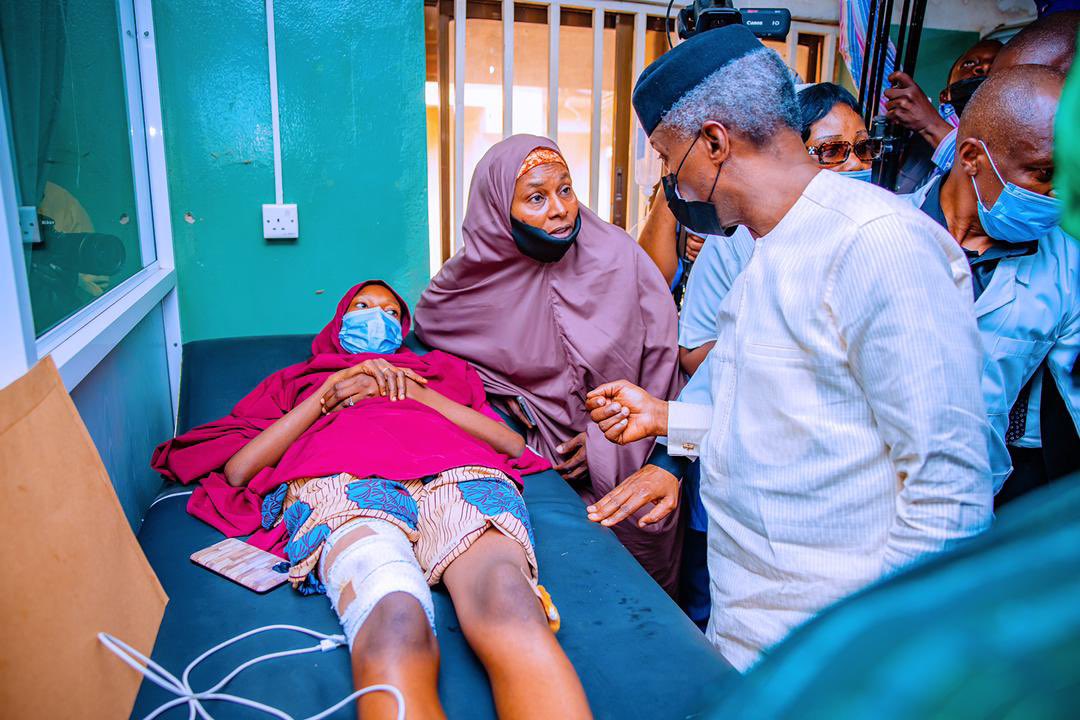