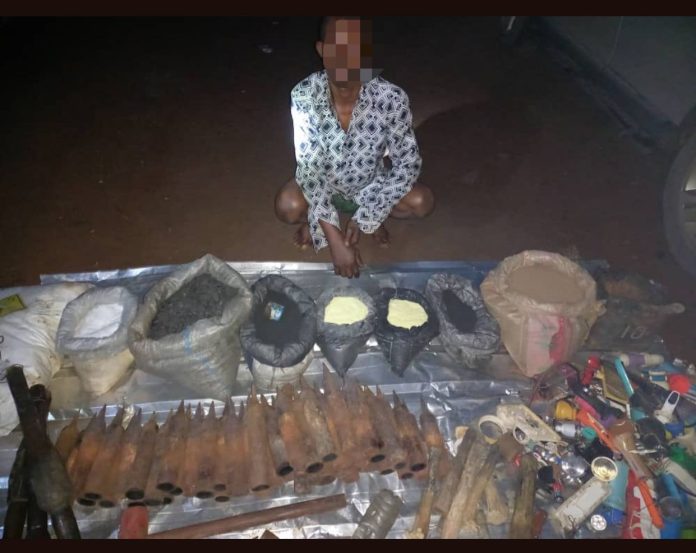 The Imo police command says it arrested a suspected manufacturer of improvised explosive devices (IEDs) for the Eastern Security Network (ESN), a militia of the Indigenous People of Biafra (IPOB), in Uba Umuaka, Njaba LGA of Imo state.

Mike Abattem, police spokesperson in Imo, disclosed this in a statement issued today.

“Following credible intelligence received on 20/4/2022 at about 1700hours, revealing the hideout of the proscribed Indigenous People of Biafra IPOB/Eastern Security Network (ESN), its militia wing, where they are manufacturing Improvised Explosive Devices used in attacking Police Stations and Government facilities in the state,” the statement reads.

“The Police Operatives immediately mobilised to the hideout of the terror group located at Uba Umuaka in Njaba local government area of Imo State and raided the camp”.

The police spokesperson said the suspect — Simeon Onigbowho, 50-years-old — was arrested when officers raided the hideouts of ESN members.

According to Abattem, the suspect admitted being the manufacturer of most of the IEDs used in attacking police stations in Imo and neighbouring states.