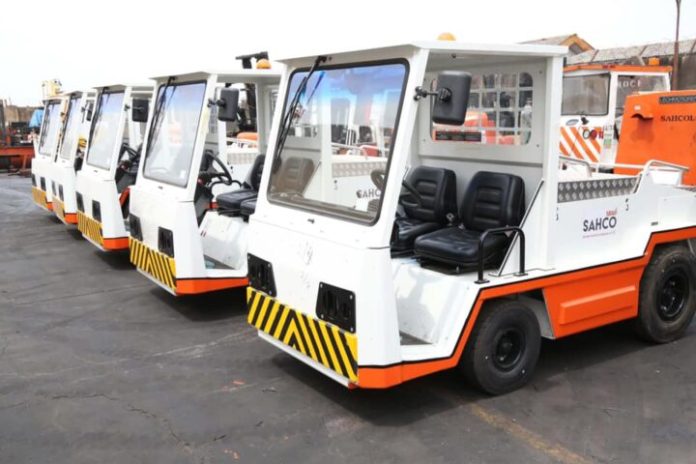 Skyway Aviation Handling Company Plc [SAHCO] plunged a clear 92 percent year-on-year to close the first quarter of the 2022 financial year at N7 million. That sets the aviation services handling company on a downward path for the second year.

The company’s first quarter report at the end of March 2022 shows revenue improvement more than countered by cost increases. That squeezed the bottom line from over N93 million in the same period last year to the N7 million figure in the first quarter.

The company faces the same pattern seen last year where rising costs overtook revenue gains and profit fell by 41.5 percent to N282 million at full year. That ended two years on a recovery course from a loss of N697 million in 2018.

The company grew revenue by 28 percent year-on-year to roughly N2.6 billion in the first quarter. This is a step up from an increase of 24.7 percent in turnover at the end of the 2021 financial year. SAHCO’s revenue is derived from passenger handling services, cargo handling operations, equipment rental and rental income.

Direct cost grew ahead of revenue in the quarter at over 35 percent year-on-year to about N1.6 billion. That claimed 61.6 percent of turnover, an increase from 55.7 percent at the end of last year.

The encroachment of direct cost undermined gross profit, which grew well below turnover at less than 18 percent to N983 million in the first quarter. This is a slowdown from an increase of 27 percent in gross profit to N3.8 billion at the end of 2021.

Administrative cost also grew ahead of revenue at 32 percent to stand relatively huge at about N886 million. It claimed as much as 90 percent of gross profit, up from 83.6 percent for the 2021 full year.

In effect, operating profit dropped by 37.5 percent to below N116 million compared to an increase of 26.5 percent to N703 million at last year’s closing.

Further pressure on earnings performance came from finance expenses that more than doubled at 119 percent to about N35 million. This was followed by tax expenses of over N78 million, which consumed about 92 percent of pre-tax profit.

The challenges for the company reflect the difficulties facing the business sector, which has cut down business travels as well as security challenges that have held back tourists. This year therefore looks like one of the worst performances for the company going by the first quarter earnings numbers.

Some gain of traction in the subsequent quarters isn’t ruled out for the company with increasing political activities, which could impact revenue especially in the second half. In the absence of a significant boost in revenue against persisting cost increases, the possibility of plunging into a loss in the second quarter is quite high for SAHCO.