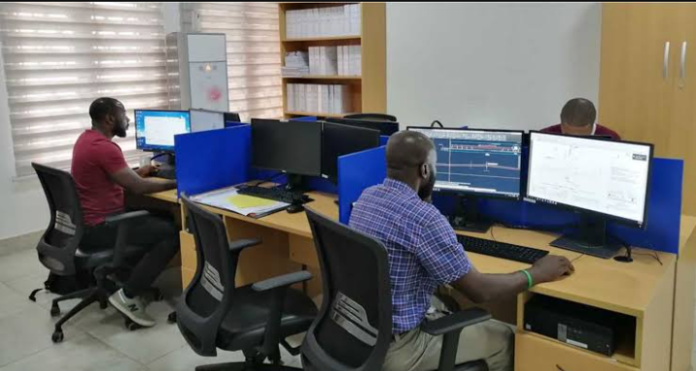 I have had beautiful ideas but not all came through. I am sure you too have. Having a great idea is the easiest part. Translating that idea into a valuable offer for a market is the hardest part.

I have been behind brilliant ideas that never saw the light of the day. Irrespective of how beautiful your business plan may be, not all your business ideas will succeed because you have the financial resources.

Every day, I meet people who share their great ideas with me with great excitement. While listening, I can predict with high precision that most of those business ideas will fail. My experience as a Business Consultant has helped me to get a clear picture of why most business ideas often fail.

1. Ideas fail when it does not solve market needs
An idea itself does not create a successful business. Stop fantasizing about your business ideas. Sometimes, what you call or think is a business idea may just be a feeling. Most of the I have an idea are not often real needs. An Idea is a phase that stays in the brain. It always looks beautiful but rarely solves a need. Innovation

You must be driven by the market need and not necessarily by your own opinion or taste. Your business is either centered on a problem, not the idea. Don’t build first and look for the market later. It is the surest way to fail.

Every business idea must be validated by a market need. Every successful idea is an innovative solution that taps into market demand. It is not enough to develop an idea, research the potential market and competitors, and evaluate your results. If your results say NO, kill it. If it says YES, proceed.

If your market is too vast, your idea is going to fail. At first, you need to target a niche and expand with time. It is not enough to have a market need, there must be a significant number of potential customers for your business ideas, else there is still a chance that your idea may fail.

2. Ideas fail when you complicate them

It turns out that every industry has the same basic rule of not getting married to or falling in love with your favourite ideas. In Hollywood, when writing a script, it is called “killing your darlings.”

If you have a character in the script or a plot twist that you fall in love with and the whole movie seems to be revolving around it, you are going to destroy your movie.

In engineering, it is “keep it simple.” Do not complicate what you are building. Do not stubbornly cling to something just because you are enamoured with your creativity.

Building numerous features and differentiators at the same time will not necessarily make your idea distinct from your competitors. Besides, it takes money and more time to build a feature-rich product. keep it simple and basic at first and add other features with time.

3. Ideas fail when they are not well-marketed

Every idea looks good but even the best idea often fails if it is not well marketed. Every business idea must offer value to be accepted in the market. Whenever you pitch your idea, talk about your ideas as if money is not an issue.

For some ideas, you have to show enough conviction first. The greatest innovations in the world came out of people who had a strong conviction about their ideas.

You may have a business idea that no one has ever thought of, but only a well-detailed business plan helps you to communicate this idea effectively. It does not have to be a 60-page document.

4. Ideas fail when you have only ‘yes members’ in your team

An idea itself is worthless; it is the team behind it that matters. You need the right partners. Growth never happens in your business if you only have ‘yes members’ who never counter your ideas.

They just accept whatever you bring to the table hook, line, and sinker. When people criticize your idea, don’t take it too personal. A criticism may help you to change your direction and see your idea from another perspective.

5. Ideas fail when you make them all about you
You may have the business idea, but you may lack the needed business knowledge and managerial skill to direct a team. That you own the idea does not mean that you have to be the CEO or the leader of the team.

Having an idea does not qualify you to lead the team. Know your strength and weaknesses. Some people are good are strategy while others are better at execution.

6. Ideas fail when you delay execution
Ideas are deceptive. Too many ideas flying in your head can mess you up. The moment an idea hits you, write it down else you may forget. If you think that you need to execute every idea flying in your head at the same time, you may end up executing nothing eventually.

Take one simple idea and run with it to fruition. If you do not run with your idea, others will run with it. There is no monopoly of an idea. Na who first market get the idea.

7. Ideas fail when you copy and paste wrongly
There is nothing wrong with copying an idea that worked somewhere and implementing it in another place. But you should understand that not all oyinbo ideas will work in Africa.

That it worked successfully in America does not guarantee that it will work in Africa. Africans think differently. Africans do business differently. Before you copy an idea that you worked in another location, evaluate it with the market that you want to sell to.

Check their culture. Check their mindset. Do not ignore the reality of the community. A good idea, executed at the right time can fail when the market is not the right one.

For instance, building a freelancing platform or an app that help people to find different type of skilled persons may not succeed in Nigeria. This is because many Nigerians do not hire human skills online, we hire by referrals.

Most Nigerians do not go on a website, click and order a cleaner, electrician, or lawyer. The element of Know, Like and Trust (KLT) is earnestly needed when a Nigerian want to hire a human skill as a service.

8. Ideas fail when the timing is wrong
The current reality in the market matters. If your idea is only valuable for the future, it will fail today. Sometimes, you may have a good idea but it may not be the right time for that idea.

9. Ideas fail when they lack funding

Ideas die when they are not being nurtured and supported. It is difficult to make any meaningful start or progress without funds. Lack of funds can kill even the best idea. Where are those great inventions made by many young Africans yesterday?

I have lost count of the times that I saw innovations initiated by some secondary school students and university undergraduates. I have seen a solar-powered car innovated by an African.

Some years ago, a 26-year-old guy innovated a smokeless stove that could cook as well as charge phones. He may as well end up like many innovators whose ideas never received beyond media attention.

10. Ideas fail when you give up too soon

Every great idea is welcomed by persecution. Robert Fulton who invented the steamboat displayed his new invention on the banks of the Hudson River. Among the crowd who had gathered to observe the steamboat were some skeptics.

They commented that “It would never start.” Surprisingly, it did. As it made its way down the river, they shouted again, “It would never stop.” Incredibly, it stopped. Never choose to quit because somebody does not agree with you.

One of the things you will notice on your journey towards your goal is a roadblock. This obstacle may seem to jump out of nowhere in an attempt to halt your progress.