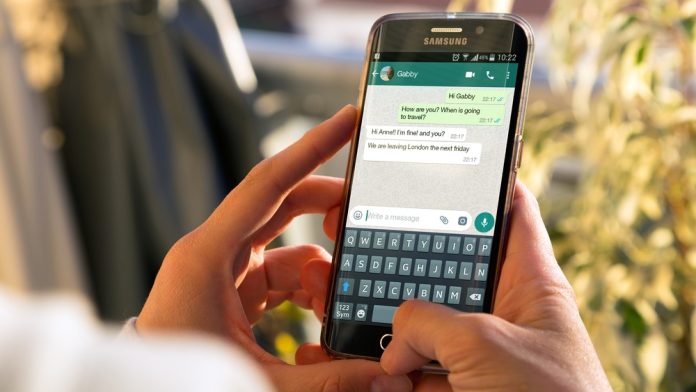 Tapping on an unsaved number that has been sent on a chat will open an in-app menu that allows users to chat with the person if they are on WhatsApp.

WhatsApp is one of the most commonly used instant messaging apps in the whole world. Many of us these days have most of our communication on WhatsApp and the company keeps bringing in new features and updates to make that experience easier and more enjoyable.

Now, WhatsApp seems to be working on what may be the solution to one of the biggest problems on the instant messaging app. According to a report from WhatsApp tracker WABetaInfo, the company is working on letting users text those numbers that are not saved on their smartphones.

WhatsApp does not allow us to send messages to numbers that aren’t saved on our smartphones. However, the WhatsApp beta for Android version 2.22.8.11 shows that the company is working on a solution for this. The report shows that tapping on an unsaved number that has been sent on a chat will open an in-app menu that allows users to chat with the person if they are on WhatsApp. The in-app menu also allows users to call these unsaved numbers and give them an option to save the contact. Android Authority verified the report, saying that the beta version they are running shows the said in-app menu.

Currently, tapping on a number that was sent to you on WhatsApp opens the phone’s dialer app. The new method, while being a big change towards allowing you to text unsaved contacts, isn’t perfect yet. It will still require the unsaved number to be on your WhatsApp.

The Meta-owned instant messaging platform was also recently reported to be putting a new limit on message forwards. Both the Android and iOS beta versions of WhatsApp showed an upcoming feature that will not let users forward a message to more than one group at a time. If a user tries to forward an already forwarded message to another group, they will be met with an alert that says “Forwarded messages can only be sent to one group chat.”