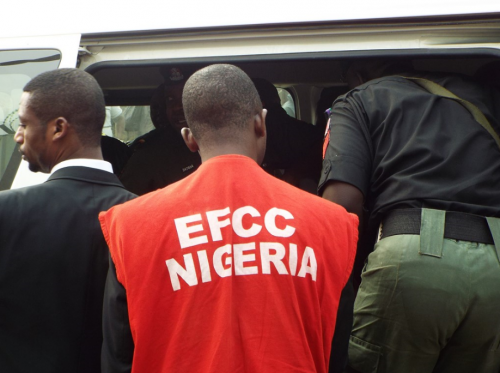 A Sokoto State High court has sentenced Abdullahi Paiko Aliyu, a staff of the Office of the Auditor General of the Federation, to 7 years imprisonment.

Justice Mohammed Mohammed sentenced Mr Paiko on Tuesday after finding him guilty of a two-count charge bordering on obtaining by false pretenses of over N14 million.

He was prosecuted by the Economic and Financial Crimes Commission (EFCC). Following his arraignment, he pleaded guilty to the charges proffered against him.

According to EFCC, the convict had defrauded unsuspecting members of the public under the guise of securing them employment in federal agencies.

He ordered Mr Paiko to make full restitution of the said amount of N14, 300, 000 to victims of the crime through the EFCC.