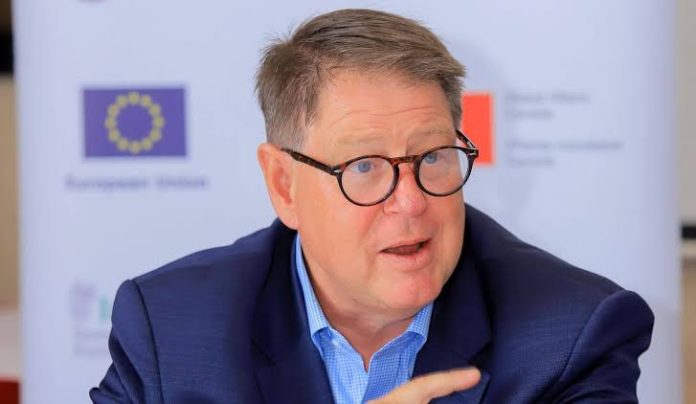 The Tony Blair Institute (TBI) says it has hired Frank Matsaert as its new director of trade and infrastructure for Africa.

Tony Blair Institute for Global Change is a non-profit organisation set up by the former UK prime minister.

In a statement on Wednesday, the institute said Matsaert was the founding chief executive officer (CEO) of Trade Mark East Africa (TMEA) from its establishment in October 2010 until August 2022.

It said Matsaert grew the company from a $60 million programme to the “largest and most successful trade facilitation institution in Africa” — with a cumulative budget of $1.3 billion across fifteen countries.

According to the statement, Matsaert will take up the role on December 1, 2022 and will be based in Nairobi, Kenya.

“He received an MBE award from the Her Majesty, the Queen, for his services to trade and economic development in eastern Africa in June 2022,” the institute said.

“In his new role as director of trade and infrastructure, Frank will work closely with Guy Baron, TBI’s investment director, to grow trade and investment by scaling-up trade facilitation and creating a pipeline of viable trade investments across Africa.”

Speaking on the new role, Matsaert expressed delight at joining the institute as the new trade and infrastructure director.

“Our aim is clear: to grow investment and trade across Africa by investing in trade systems with partner governments, regional bodies and the private sector,” he said.

“Our priorities will be to build on the institute’s strong reputation for delivery at the heart of government on trade, and to attract investment in key trade infrastructure and private sector projects across the continent.”

On his part, Rishon Chimboza, managing director of Africa advisory at the TBI said: “Frank joins TBI at a critical time for governments across Africa, as they seek to attract investment and grow trade opportunities. He brings unrivalled experience in trade facilitation and private sector development to our work supporting governments across the continent.”