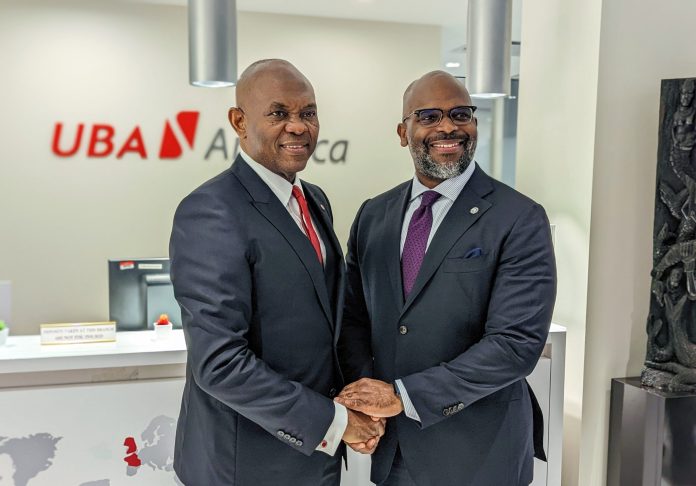 The deal was signed at a Breakfast Roundtable hosted by TEF and Google Foundation in New York on Tuesday, as one of the events held on the sidelines of the ongoing United Nations General Assembly (UNGA).

Immediately after signing the deal, Travis Adkins, president and CEO of USADF, said he was proud of the collaboration between both foundations, referring to Tony Elumelu, chairman of the TEF, as “a genius and a man after my heart”.

Adkins said Elumelu’s deliberate investment in women and African youth is at the core of what USADF seeks to do on the continent.

“We live in a world where majority of the population on the continent — women and youth — are actually spoken of as if they are a small niche constituency, when in fact, they are the marginalised majority.

“To recognise that and make them central to everything we do: there is no mainstream, they are the mainstream. We are very excited to be here and to begin this work together.”

He said the big players in the global events are causing the world depression, while the so-called little people — referring to TEF-funded entrepreneurs — are bringing hope and joy.

Elumelu appreciated USADF for the partnership, and restated his commitment to lifting Africans out of poverty, and bringing them to prosperity.

“It is not how much we have in our bank accounts that matter, what matters is the impact we bring, the lives we touch, the ability to help take people out of poverty to prosperity, so that we share. The more the merrier — that is the motivation,” he said.