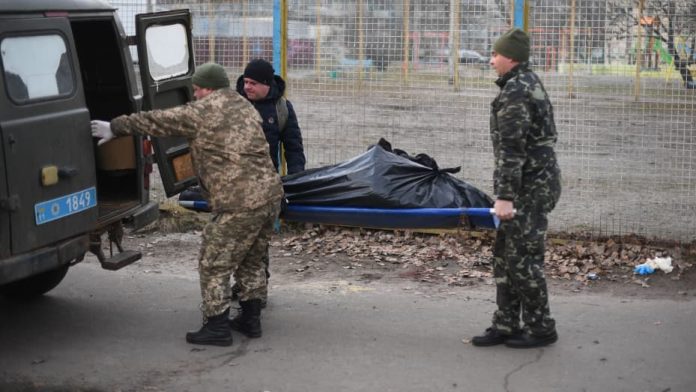 Russia said today that 498 Russian troops had been killed in Ukraine, its first announced death toll since President Vladimir Putin launched an invasion of the country last week.

“Four hundred and ninety-eight Russian servicemen have died in the line of duty,” defence ministry spokesman Igor Konashenkov said in a statement broadcast on state television, adding that “1,597 of our comrades have been wounded.”

Meanwhile, before the announcement, Ukraine’s ambassador to the United Nations accused Russia of seeking to commit genocide in his country, speaking at a rare General Assembly debate on Wednesday, more than a week after Moscow’s invasion.

“They have come to deprive Ukraine of the very right to exist,” Sergiy Kyslytsya told the Assembly ahead of a vote on a resolution demanding Russia withdraw its forces from the eastern European country.

“It’s already clear that the goal of Russia is not an occupation only. It is genocide.”

Russia’s envoy Vassily Nebenzia, speaking shortly after, accused Ukraine of “rampant neo-Nazism” and the West of using “open and cynical threats” to persuade other countries at the UN to vote in favor of the resolution.