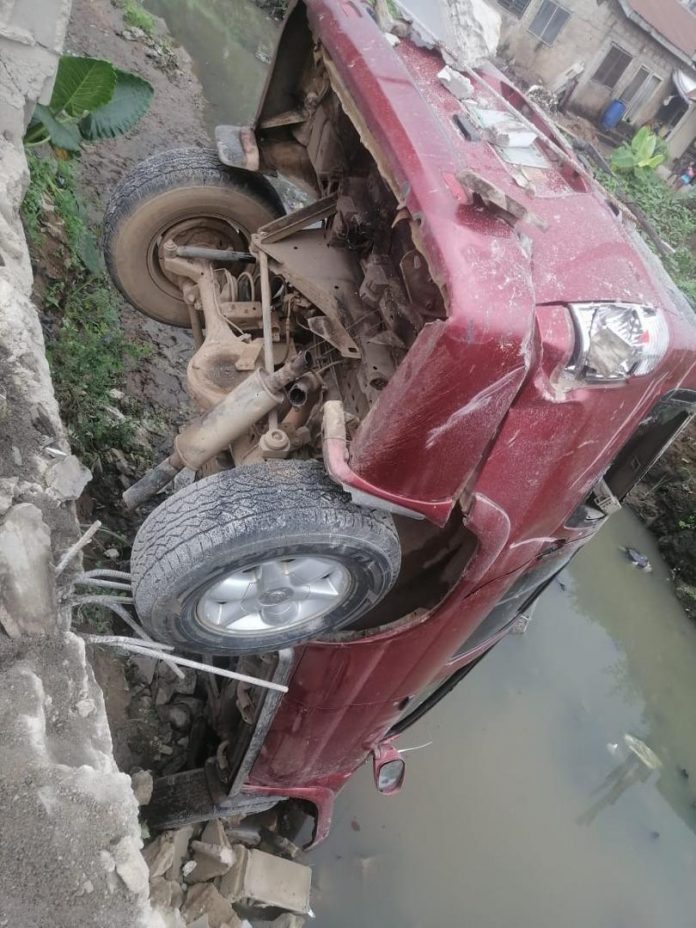 According to the report, the incident occurred apparently due to brake failure while the driver of the vehicle was at high speed.

Luckily, the victims, Christian faithful, who sustained various degrees of injuries, were subsequently, rescued and taken to hospital for treatment.

The vehicle fell into the canal at Tokunbo Macauley Street, off Emmanuel Keshi in Magodo GRA Phase II in Shangisha.

According to Oke-Osanyintolu, “On August 22, 2021, the agency recovered a wine Pathfinder Jeep that crashed through the street fence into the canal at Magodo Phase II in an incident where 10 Christian faithful escaped deaths with serious injuries.

“We received a distress call about the incident at 10:28 a.m through the Agency’s 767/112 Toll-Free Lines. This led to the activation of the State’s Emergency Response Plan, Tiger Team on arrival commenced a recovery operation.

“Upon the arrival of the agency’s officials at the incident scene, it was observed that a Pathfinder Jeep with registration number BDG 234 DW fell into a canal

“It was reported that occupants of the Nissan Pathfinder Jeep involved in the lone accident aside from family members of the owner, a Deacon (name withheld), the vehicle conveyed others that included: children and other church members when it suffered the brake failure.

“Information gathered by the team at the incident scene revealed that the vehicle suffered brake failure which culminated to minor injuries by the rescued persons who were taken to a private hospital before the arrival of the Agency’s officials.”

Oke-Osanyintolu said the accident vehicle had been recovered and taken away for further action.