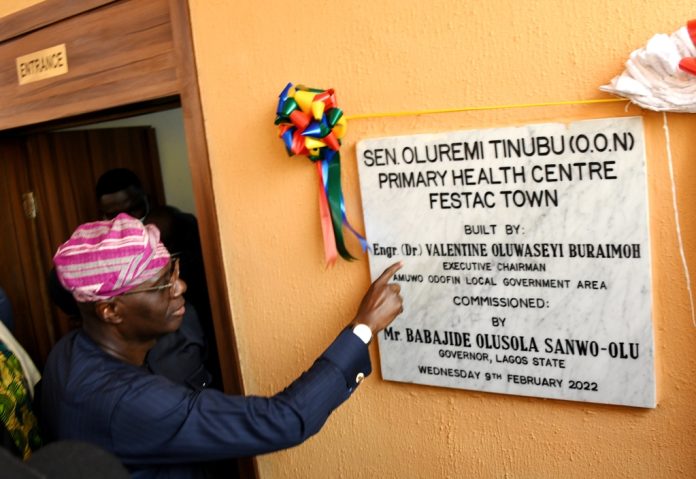 Babajide Sanwo-Olu, governor of Lagos, has asked stakeholders in the state chapter of the All Progressives Congress (APC) to unite for the victory of Bola Tinubu, an APC chieftain, in the 2023 presidential election.

According to a statement by Gboyega Akosile, chief press secretary to the governor, Sanwo-Olu spoke on Wednesday during a visit to Amuwo-Odofin LGA and Oriade LCDA, where he commissioned the Senator Oluremi Tinubu Primary Health Centre in Festac town.

Tinubu, in January, had said he informed President Muhammadu Buhari of his intention to contest the presidency.

Speaking during the commissioning of the health centre, Sanwo-Olu called on party leaders and members to embrace unity, as it would be beneficial to the party and make it stronger.

He also appealed to residents to participate in the ongoing voter registration exercise, so they can exercise their civic responsibilities in the 2023 general election.

“We have a lot to be proud of in Lagos. We have a lot to make bragging right both at the state and also at the national level. We should see that the sacrifice of our national leader, Asiwaju Bola Ahmed Tinubu, will certainly not go in vain and that is why I am encouraging everyone that the journey we have started at ensuring that we have Asiwaju (Tinubu) representing us at the centre is on the right course,” he said.