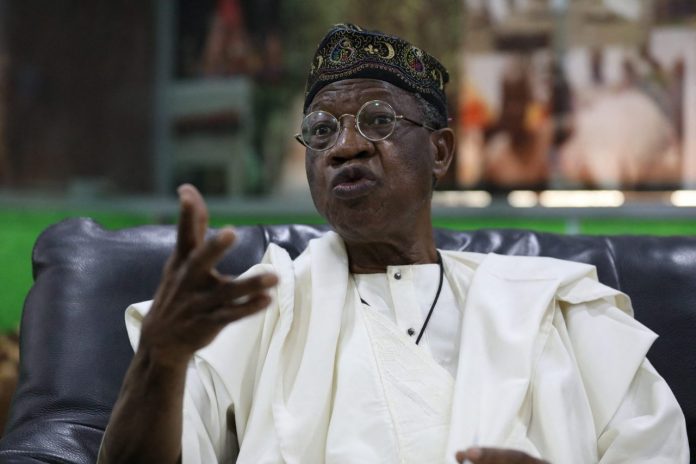 The Federal Government has threatened to show a red card to television and radio stations in Nigeria for alleged breach of broadcast ethics.

The Minister of Information and Culture, Alhaji Lai Mohammed, made this known while speaking with the News Agency of Nigeria today in Sal Island, Cape Verde.

According to reports, the National Broadcasting Commission recently invited presenters of Channels Television and threatened to sanction the broadcast station over an interview with Benue State Governor Samuel Ortom.

The interview, which attracted a harsh reaction from the president, was considered to be against the President, Muhammadu Buhari.

The minister was said to be in Cape Verde to attend the 64th Conference of the UN World Tourism Organisation (UNWTO) Commission for Africa and the Second Edition of the UNWTO Global Tourism Investment Forum.

Speaking on the sideline of the global events, the minister also cautioned the media, particularly radio and television stations, to abide by broadcast codes and other regulations guiding them.

“In the last few weeks, the country has been awash, especially from the broadcast media, with very incendiary rhetoric which has created a sort of panic in Nigeria.

“The incendiary rhetoric that comes from political, religious leaders and some opinion moulders have the capacity to set the country on fire.

“This is because the rhetoric is pitting one ethnic group and religion against the other and overheating the polity.

“Our serious counsel to stakeholders is that they should understand and remember that leadership comes with a lot of responsibilities, tone down the hateful rhetoric because they are harmful for the country.

“They should remember that every war is preceded by these kind of mindless rhetoric, especially when it comes from otherwise responsible people who the people have the tendency to take seriously.

He said the cacophony of hate and incendiary rhetoric from various radio stations and online publications in recent week were capable of causing panic, further divide the country along religious and ethnic lines.

The minister said the National Broadcasting Commission and other regulators would ensure that broadcast stations abide by statutory laws and ethics.

He said any station that violated the broadcast code and ethics would be “shown the red card.