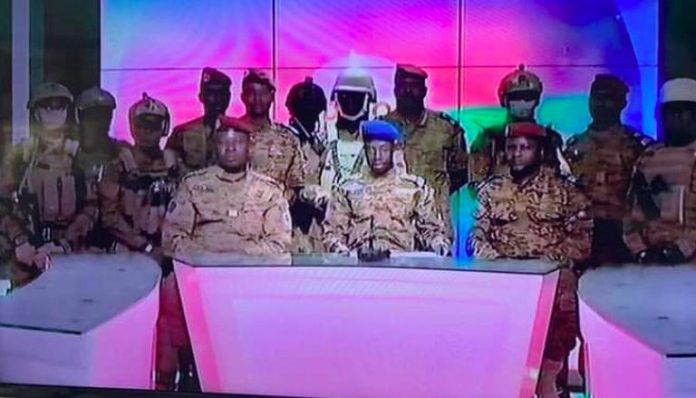 The military in Burkina Faso says it has seized power and overthrown President Roch Kaboré.

The announcement, signed by Paul-Henri Sandaogo Damiba, a lieutenant-colonel, was read by another officer on state television yesterday.

The development comes hours after Kaboré was said to have been detained by mutinying soldiers.

Days before Kaboré’s “detention”, some soldiers were reportedly arrested for attempting to overthrow the government.

Speaking yesterday, the soldiers said they have suspended the constitution, dissolved the government and the national assembly.

They also said the country’s borders have been shut and pledged a “return to constitutional order” in a “reasonable time after consultations with various sections of the nation”.

According to the military, the takeover was carried out without violence and those detained were in a secure location.

The statement was made in the name of the Patriotic Movement for Safeguard and Restoration or MPSR, its French language acronym.

Sidsore Kaber Ouedraogo, a captain, said the soldiers were putting an end to Kaboré’s presidency because of the deteriorating security situation amid the deepening Islamic insurgency and the president’s inability to manage the crisis.

“MPSR, which includes all sections of the army, has decided to end President Kaboré’s post today,” he said.