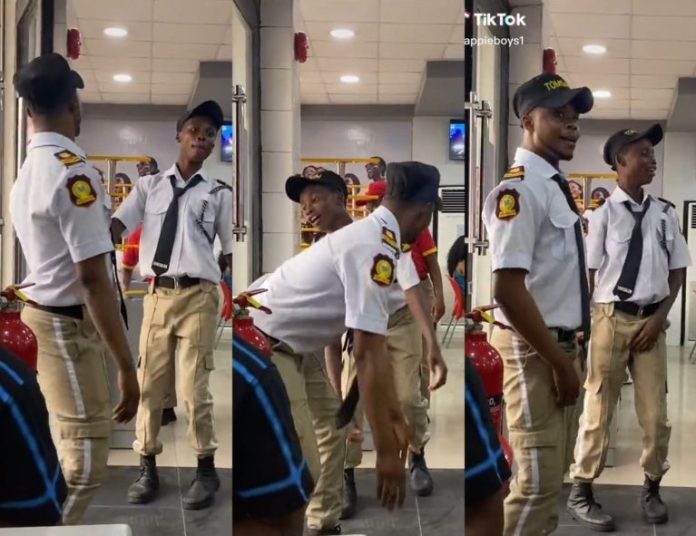 Chicken Republic, the Nigerian fast-food franchise, has finally reacted to claims that it sacked two security guards seen dancing in a viral video.

A video clip of the two men vibing to ‘Dorime’, the popular song, while on duty at a branch of the company had earlier surfaced online.

These guys were sacked for dancing pic.twitter.com/aIJUNbaPi9

There were also rumours that the pair had been fired by the company, further intensifying the dust trailing the video clip.

But in a statement via its Instagram page today, the company said they were not sacked as claimed. The firm also said it “encourages fun at work.”