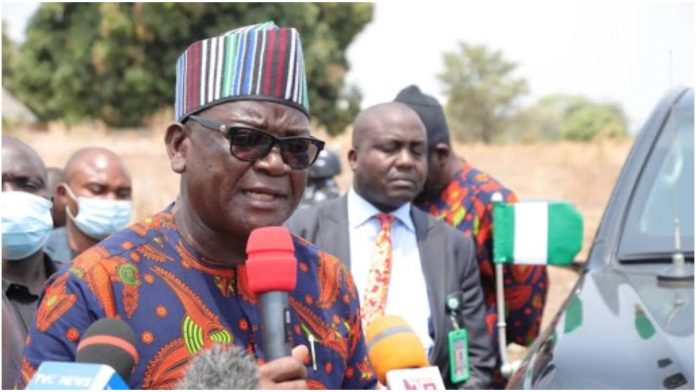 Samuel Ortom, governor of Benue, has asked residents of the state to take up arms and defend themselves against attackers.

The governor made the call while reacting to the killing of villagers in Ahentse village, Ndzorov council ward, Guma LGA of the state.

Gunmen had, in the early hours of Tuesday, invaded the community, shooting sporadically and killing four persons.

Reacting to the incident, Ortom, in a statement by Nathaniel Ikyur, his chief press secretary, said it was no longer fashionable to cry for help.

The governor asked residents to “arm themselves with lawful weapons as prescribed by law and defend themselves”.

“It is no longer fashionable to continue to cry out for help. We must now be alert and ready to confront these killers. This is another way we can assist the security agencies in combating this menace since they are obviously overstretched beyond limits,” he said.

Ortom called on the federal government to synergise with his administration and step up military operations to flush out armed herdsmen from neighbouring states bordering Benue.