The body of Archbishop Desmond Tutu was carried Thursday into a historic cathedral where he once railed against white rule to allow South Africans to bid farewell to the anti-apartheid icon.

A small bouquet of carnations was placed on top of a simple pine coffin carried by six Anglican priests. 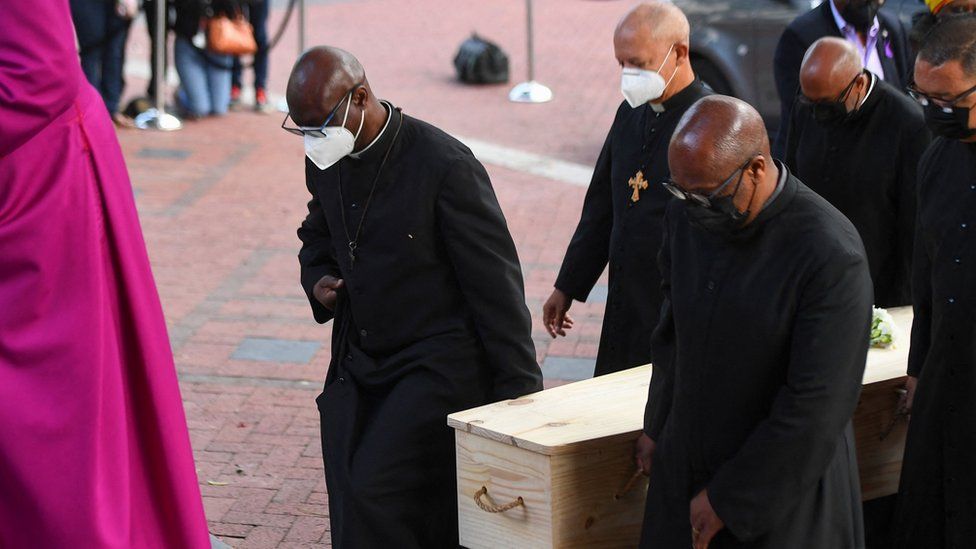 Tutu’s successor, Thabo Makgoba, said a prayer after priests burnt incense over the coffin before it was lifted from the hearse.

Tutu’s widow Leah walked slowly behind as the coffin entered the cathedral in the city centre. 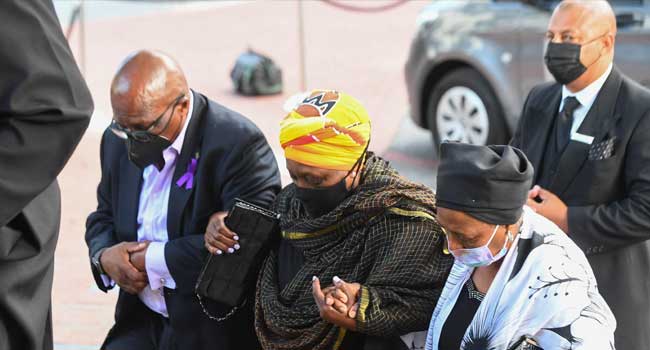 The tireless spiritual and political leader who died peacefully at 90 on Boxing Day, will be cremated and his ashes buried on New Year’s Day. 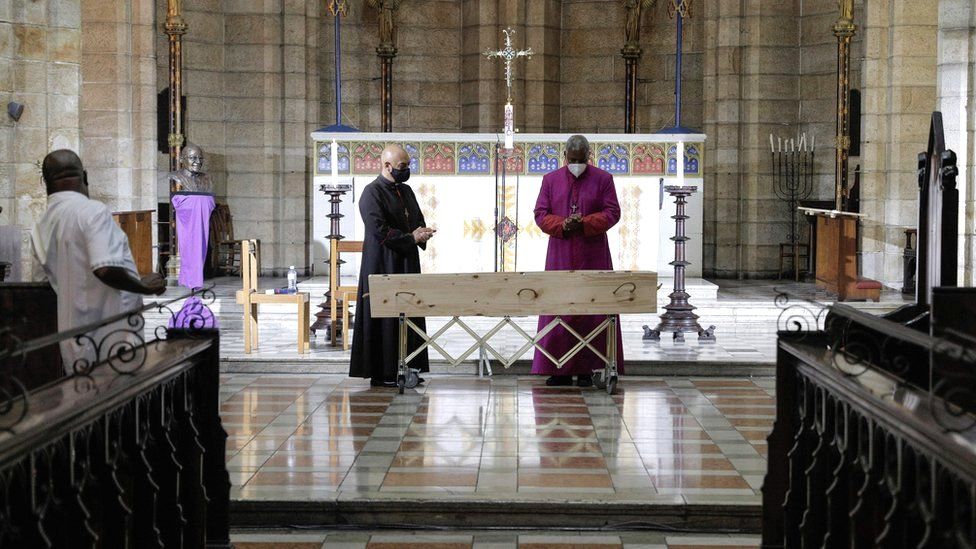 Tutu will lie in state at the Anglican Church’s St George’s Cathedral in Cape Town throughout Thursday and Friday to allow as many people as possible to say their final goodbyes to the much loved clergy and rights advocate.

Tutu’s lying in state had been extended to two days “for fear there might be a stampede,” Reverend Gilmore Fry told AFP outside the church waiting for the body to arrive. 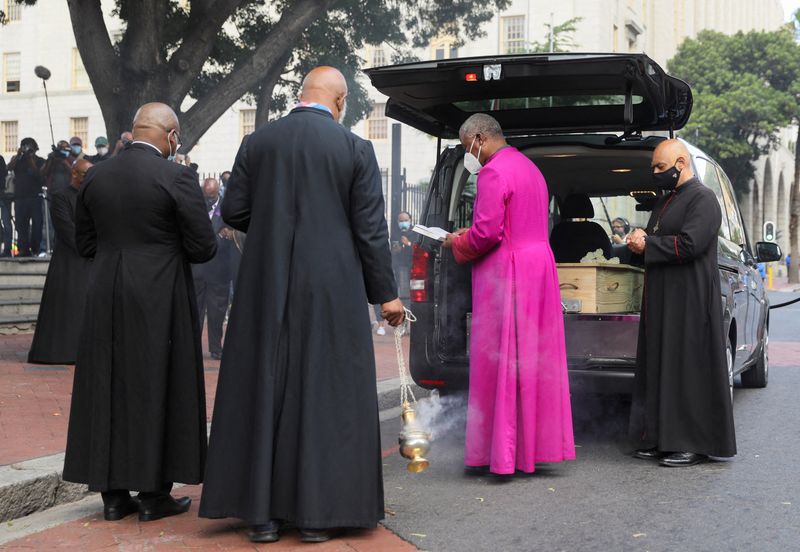 Following a private cremation, Tutu’s ashes will be interred inside his stonewalled former parish — where he preached for many years — and where bells have been ringing in his memory for 10 minutes at midday every day since Monday.

Hundreds of people have flocked to the cathedral since Sunday — where Tutu served as the Anglican archbishop of Cape Town for a decade until 1996 — to lay flowers and sign a book of condolences. 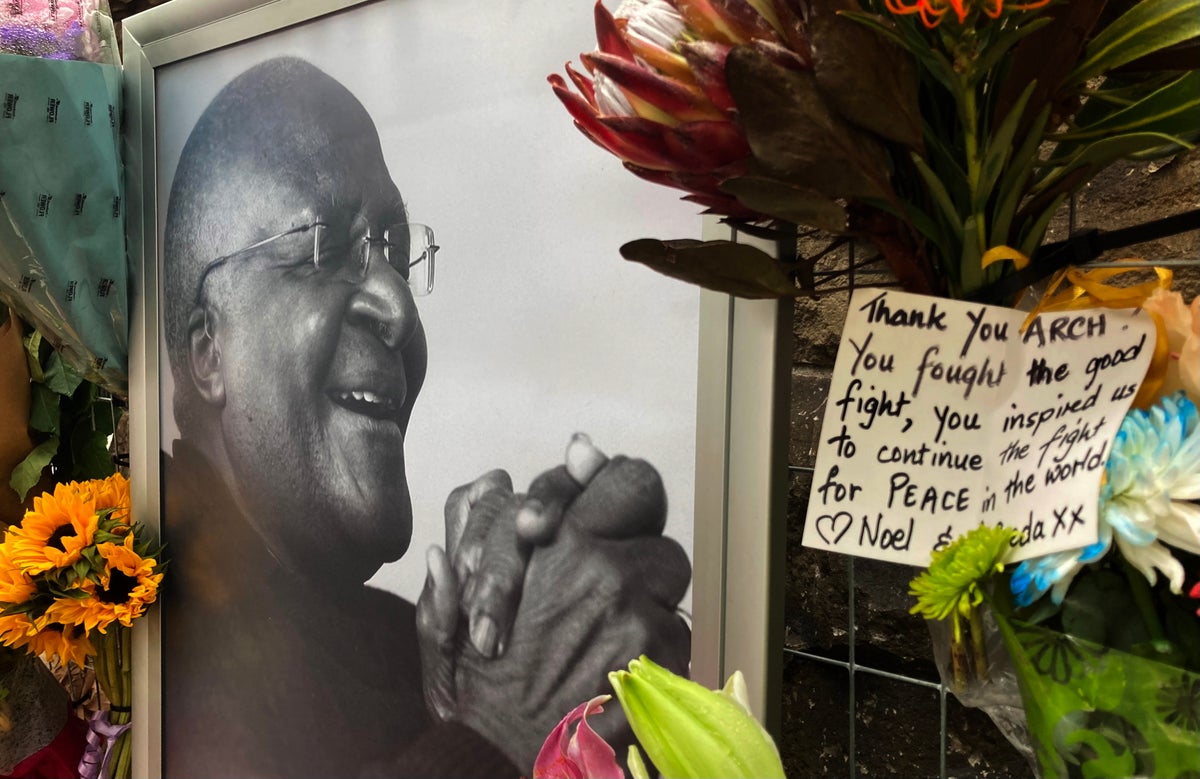