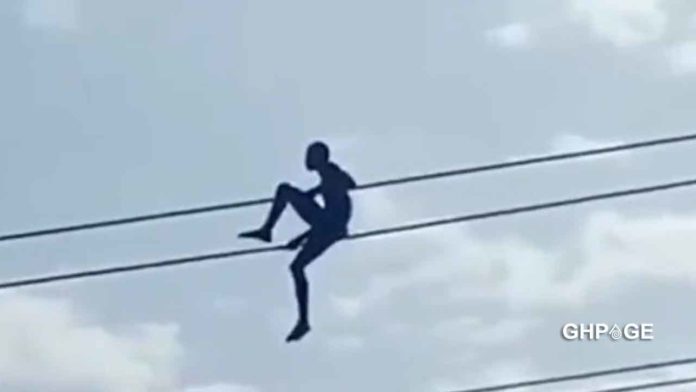 In a video trending online, a young man reported to be a thief climbed a power line to avoid being beaten after area boys gave them a hot chase with some deadly weapons.

The man, according to reports, is said to have snatched a phone from someone in the streets. The ‘Spider Man’ thief, after he snatched the phone couldn’t penetrate the crowd.

As a consequence of this, the thief fearing for his life took to the next available means of saving his life, thus climbing an electric pole and hanging on the electric cables to avoid severe beatings.

It is said that the suspect stayed on the power cables until a police officer had arrived at the scene. We also gather that he was arrested and taken to a police station.