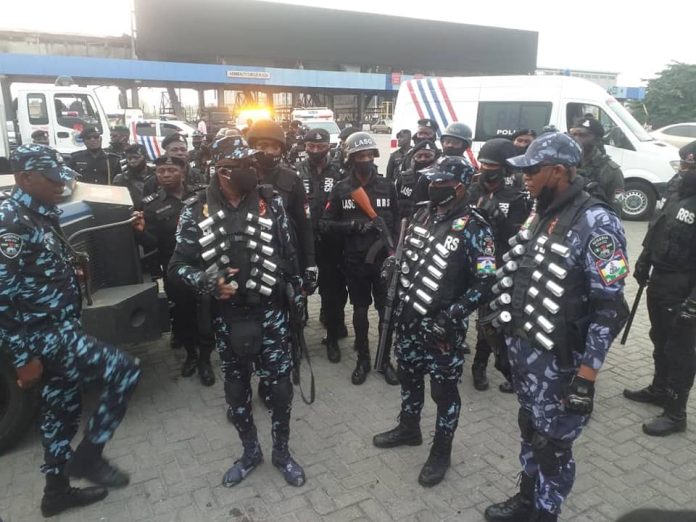 The German Government has offered to train men of the Nigeria Police Force in the management of protests without the use of lethal weapons.

To this end, a high-level delegation from Germany yesterday visited the Chairman of the Police Service Commission, Musiliu Smith, to seek areas of collaboration on police training, reform and other issues.

The team had earlier visited the force headquarters where they interacted with the IG, Usman Baba.

Seeger, who was the leader of the delegation said it would be a great start for the police if his team could train the new crop of recruits into the Nigeria Police on best practices.

The retired IG, who had 40 years of policing experience under his belt, said the police did not deploy weapons in 99.9 per cent of protests that happened in Europe.

Seeger stated, “I think the best is, for a start, if you want to build a house, you start with the basement. You focus on very few things, maybe two or three. All the demonstrations we had in Europe, there are very few unique situations where police use their weapons; 99.9 per cent, no weapons.

“So, we offer to train for best practices. You have a great chance when you train 30,000 young women and men to become policemen, you take the best. It’s a big chance for you now when you train young people. This the future of the police of Nigeria, so you train them well from the first moment.”