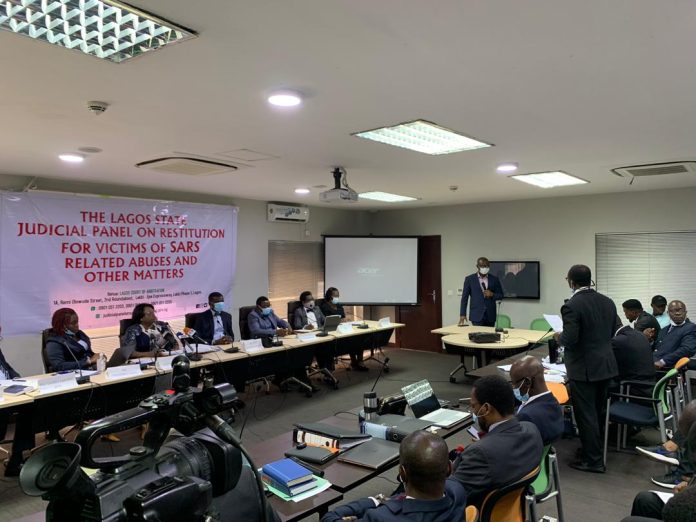 The Lagos State Judicial Panel on Restitution for Victims of Special Anti-Robbery Squad, SARS Related Abuses and Other Matters, and the October 20, 2020, Lekki Tollgate shootings, yesterday, ended its assignment one year after it was set up by Governor Babajide Sanwo-Olu for enquiry.

The Justice Doris Okuwobi-led panel awarded N148.2million as compensation to 24 petitioners, bringing the total amount awarded since the panel started sitting on October 26, 2020, to N410million to 71 petitioners.

Justice Okuwobi said the Panel received 255 petitions from members of the public out of which 252 were considered for hearing, adding that it was able to decide on 182 petitions.

She also noted that 52 petitions, were not heard due to time constraints, adding that they would be included in the Panel’s reports for necessary advice and actions to be taken by the Lagos State Government through the Ministry of Justice.

Okuwobi assured those whose petitions were either not concluded – but were adjourned sine die – or not taken, not to despair.