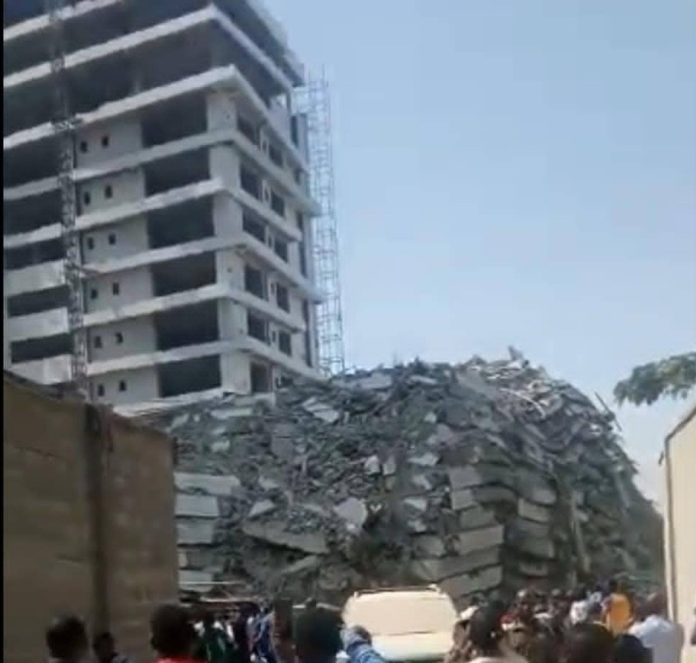 Femi Osibona, owner of Fourscore Homes, the developing company in charge of the building that collapsed in Lagos, is believed to still be trapped in the rubble.

The high-rise, one of a group of three buildings under construction, caved in on Monday afternoon, with over 50 persons reportedly still trapped under the ruins.

On Monday evening, a witness had said Osibona was in the building when it collapsed.

As of midnight, there was still no word on if he had been found dead or alive.

According to eyewitnesses, his car was parked at the premises on the day of the incident, while calls to his line are no longer reachable.

“There is every indication he was trapped there. His car was parked at the site. His calls are no longer going,” a source said.