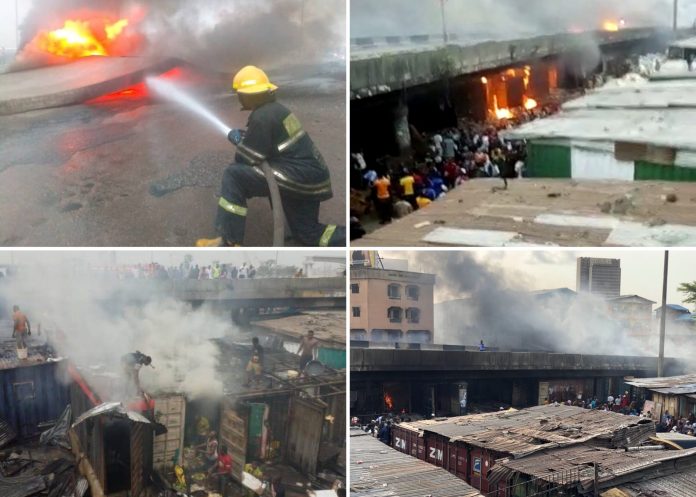 Many shops have been destroyed in a fire outbreak at Apongbon market on Lagos Island.

The fire, which is currently raging, has caused a gridlock on the Eko bridge.

The fire broke out this morning.

The cause of the inferno is yet to be determined.

Vehicles parked under the bridge were also reportedly razed by the inferno which has enveloped a large section of the bridge.

A source that spoke with newsmen said: “It’s a massive fire. I am stuck on Eko bridge. Nothing is moving. It’s a standstill.”

As of the time of filing this report, the federal and Lagos fire services are at the scene of the incident, trying to put out the fire.