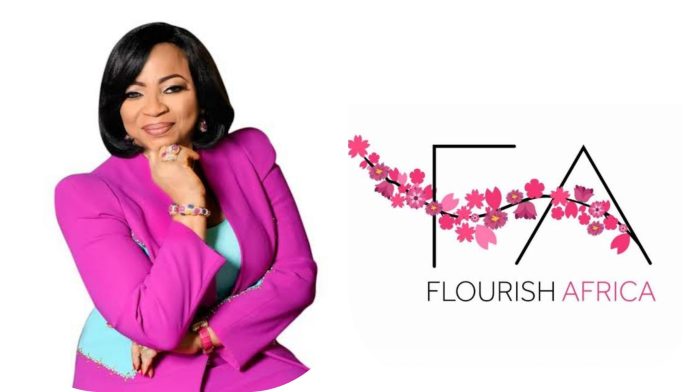 Flourish Africa, the women empowerment movement founded by Apostle Folorunso Alakija, Africa’s leading businesswoman and Philanthropist, has announced the graduation of the first batch of 500 female entrepreneurs and beneficiaries of the Flourish Africa Business and Life Skills Training program.

The Business and Life Skills Training programme, targeted at female-owned Micro, Small and Medium Enterprises (MSMEs), was inspired by Apostle Folorunsho Alakija’s desire to raise the next generation of economically empowered women on the continent, starting with Nigeria for the next 5 years. and to provide them with the skills needed to manage successful and financially viable businesses.

During the 12-week long intensive training program, the 500 beneficiaries were exposed to world-class coaching and business mentoring from industry experts, including Apostle Alakija herself. While speaking during the live mentorship session, she urged the women to support one another and exhorted the importance of passing on the lessons they had gained. “Business is God’s Business,” she remarked, emphasising the need to “place God first in business,” explaining that it was the key to her success as an entrepreneur.

Eloho Iyamu, the Engagement Associate, Flourish Africa, who commented on the program’s success, disclosed that in addition to the training, the graduands would also partake in a business pitch competition where 100 winners will get funding of up to 2 million Naira. In addition, the graduates will also be inducted into the prestigious Flourish Africa Alumnae association, which has been positioned to become a knowledge and expertise powerhouse for African female-owned businesses.

The graduation is expected to hold on July 17, 2022, at the Civic Center in Victoria Island.