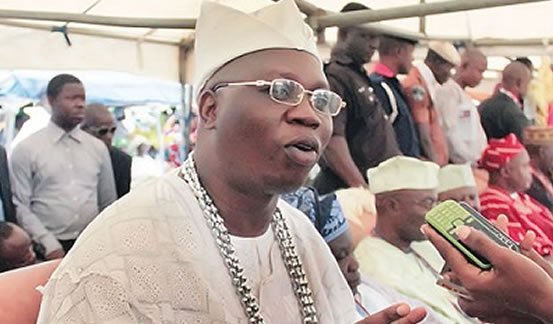 Gani Adams, the Aare Ona Kakanfo of Yorubaland, says the increase in the prices of prepaid electricity meters by the federal government shows “insensitivity to people’s plight”.

The Nigerian Electricity Regulatory Commission (NERC) had, on November 11, announced an increase in the prices of electricity meters.

Speaking on the development in a statement signed by Kehinde Aderemi, his spokesman, Adams said the price increase at this time is not a decision taken in the people’s interest.

“The sudden increase in the prices of electricity meter, as well as the prices of gas, could only worsen the present situation in the country,” the statement reads.

“It is unfortunate that Nigerians are being ripped off in such a cruel manner, especially by a government that prides itself as a government of the people.

“How can you explain a 54 percent increase in electricity meter prices without considering the huge effect on the people? That is very bad.

“The federal government should desist from embarking on policies that are of no interest to the people. The timing of the increase was wrong and government is deeply insensitive to the plight of the people.

“Nigeria is creeping badly and prices of commodities have reached the rooftop without any hope. I think it is very important for the federal government to look into the issues properly and come out with whatever outcome that can reduce the suffering of the people.”