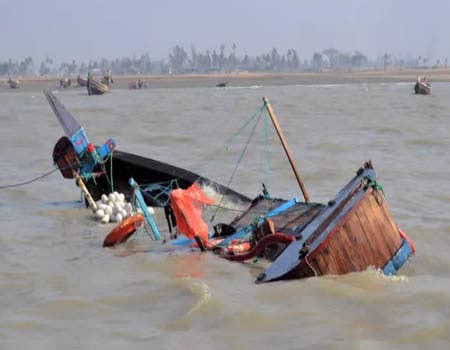 Tragedy has struck in Niger State again as a boat mishap has claimed the lives of 15 villagers while several others are still missing.

Seventeen of the victims are, however, said to have been rescued just as local divers are in frantic search to rescue the missing passengers dead or alive.

It was further gathered that the boat must have been overloaded as it was carrying no fewer than sixty passengers which were mostly women and children.

Heavy windstorm was also attributed to the ugly incident.

Confirming the development, the Sarkin Kasuwan (Head of the Market) of Zumba, Mallam Adamu Ahme said part of the victims were part of the villagers who fled their different communities after bandits had recently sacked them from their ancestral homes.

According to him, “the boat was carrying no fewer than sixty passengers and there was heavy windstorm and these two factors may have contributed to the fatality.”

“Already,17 people have been rescued alive through the efforts of local divers who swung into action immediately the incident was reported and they are still on the rescue operation of several others,” he remarked.