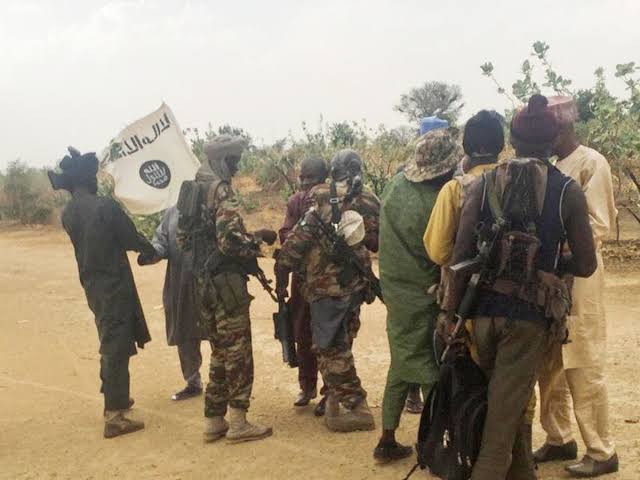 This time around, the armed insurgents razed down the Divisional Police Command, schools, shops and residential houses as they hoist their flags in strategic locations.

Last Sunday, a group of insurgents invaded Damasak and killed three soldiers, while 6 innocent civilians were killed by an airstrike while participating in a naming ceremony.

The insurgents also razed down most humanitarian hubs and facilities as they looted medical consumables at the General Hospital Damasak.

Damasak is a border community with the Niger Republic north and is about 180 km drive from Maiduguri, the state capital.

Confirming the latest Damasak attack and killings, the Chairman of Mobbar Local Government Area, Hon Mustapha Bunu Kolo told journalists that the latest attack was disturbing, as the remaining humanitarian hubs in the town were razed down, including Police Station, Market, shops and residential houses.