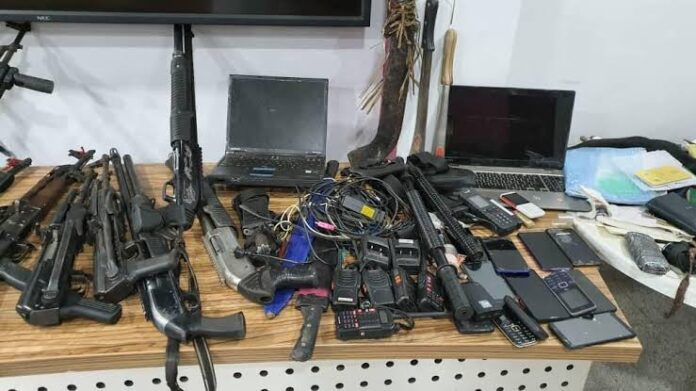 The Department of State Services, has declared Chief Sunday Adeyemo, aka Igboho wanted, advising the separatist activist to turn himself in.

The DSS had in the early hours of yesterday raided Igboho’s Soka residence in Oyo State where a bloody gun battle ensued during the raid leading to the death of two guards and injuries on both sides. With 12 individuals whisked away from the house to Abuja by the DSS.

The DSS raided the compound based on intelligence reports it received on stockpiling of arms.

The details were contained in a press statement released yesterday night. The statement reads:

In the early hours (about 0134 hours) of today, 1st July, 2021, a joint team of security operatives raided the residence of Sunday Adeniyi Adeyemo a.k.a. SUNDAY IGBOHO at Soka, Ibadan, Oyo State. This was based on intelligence that he had stockpiled arms in the place. On approach to the residence, the team came under heavy gun attack by nine (9) men, suspected to be IGBOHO’s guards. Six (6) of them were armed with an AK-47 gun and Three (3) others, with Pump-Action riffles.

In the course of the exchange, two (2) of IGBOHO’s armed men were gunned down while the rest were subdued and arrested. Only one operative who was shot by the assailants on his right hand sustained injury. He has however received medical attention and is very stable.

Afterwards, the team procedurally searched the house and subsequently recovered the following among others:

Aside the items recovered from the building, about thirteen (13) suspects including twelve (12) males and one (1) female were arrested and brought to Abuja. While one suspect is being profiled, the other twelve (12) paraded here are: