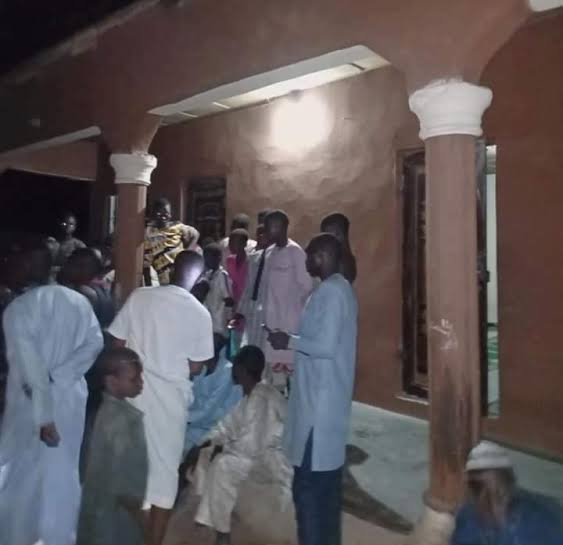 Residents put the number of those abducted at 40.

An opinion leader in the town, Mallam Gide Dahiru, however, put the figures of those abducted at eleven, made up of seven men, three women, and a boy.

It was learnt that the gunmen swooped on the mosque located around New Abbatoir Area in the town, a few minutes after midnight when the worshippers were in the middle of the prayers and did not fire any gunshot in order not to attract attention.

The gunmen reportedly marched the victims out of the mosque to their waiting motorcycles.

They(the gunmen) thereafter moved in the direction of Kaoran-namoda Highway with the victims.

One of the residents who witnessed the incident from his house, said, “The bandits arrived silently a few minutes after midnight.

They entered the mosque and marched the victims out. During the operation, some gang members positioned themselves within the vicinity of the mosque.

It was when they were leaving the mosque with the last victim that one of them shot into the air and they then moved along the Kaoran-namoda Highway.

The gunshot attracted residents and security operatives who later arrived at the mosque.”

Dahiru, however, said security operatives including the police and soldiers had taken positions in the town.

The spokesman for the Katsina Police Command, SP Gambo Isah, was yet to respond to the SMS sent to him on the incident as at 10am. He didn’t also pick calls to him.