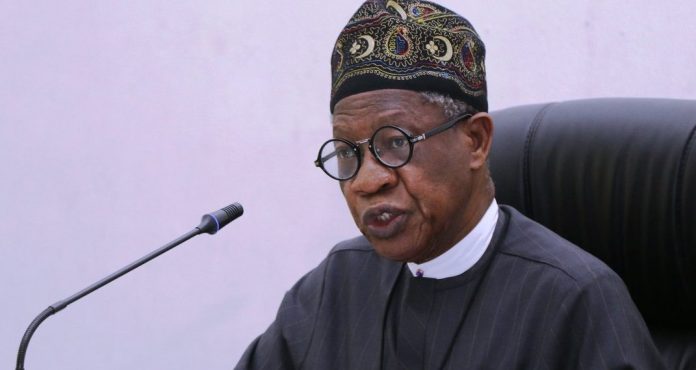 Lai Mohammed, minister of information and culture, says 476 websites set up to fight the federal government have been uncovered.

Mohammed spoke yesterday when he received officials of the Nigerian Institute of Public Relations (NIPR) at his office in Abuja.

The minister, who expressed concern over the development, said such websites prey on unsuspecting persons.

“It will amaze you that recently, we unveiled almost 476 online publication sites that are dedicated to daily engaging in churning out fake news to fight the government,” he said.

The latest which I found ridiculous is the one that said days ago, that they had information that when Mr. President was in the UK the last time, he was advised to step down because he could not even recognise members of his immediate family.

“I begin to wonder how they can go this far, simply because they know that people are gullible and they will make the fake news go viral.”

The minister also spoke on the dangers of fake news, noting that it is taking a new dimension and threatening the existence of the country.

He, however, urged the NIPR to support the federal government to discourage the spread of fake news.