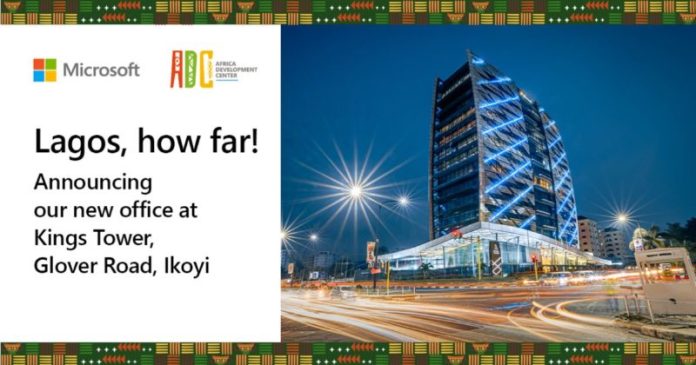 Microsoft, an American multinational technology company, has opened a facility in Lagos for its ‘African Development Center (ADC)’.

The ADC is Microsoft’s initiative in Africa for an engineering centre to provide local solutions with global scalability as well as provide employment opportunities and further enhance technological innovations on the continent.

At the launch ceremony on Monday, the company said the centre will now be based in its new ultra-modern state-of-the-art facility at the Kings Towers on Glover Road, Ikoyi — housing the product engineering, ecosystem development and innovation teams.

The new ADC facility will also house the Microsoft Garage, a new entity, launched as part of ongoing efforts to scale innovation in the tech ecosystem.

Speaking at the event, Pantami lauded the development, saying that it strengthens the country’s position as a leading regional digital innovation hub and puts Nigeria on the path to having the biggest digital economy in Africa.

Sanwo-Olu, represented at the event by Hakeem Fahm, commissioner of science and technology, said: “I join several Nigerians and Lagosians today in applauding Microsoft’s commitment to developing the tech in our state and country through this state-of-the-art 7-floor facility, which will improve employment and also contribute significantly to the training and rise of many tech giants in Nigeria.”

Gafar Lawal, managing director, ADC West Africa, said the facility would continue the company’s efforts towards training, equipping and hiring engineering talent in Nigeria and West Africa as a whole.

This, he said, would contribute to the “development of Microsoft products that are in use by over 1 billion devices and empowering millions of users and organisations across the world to do more”.