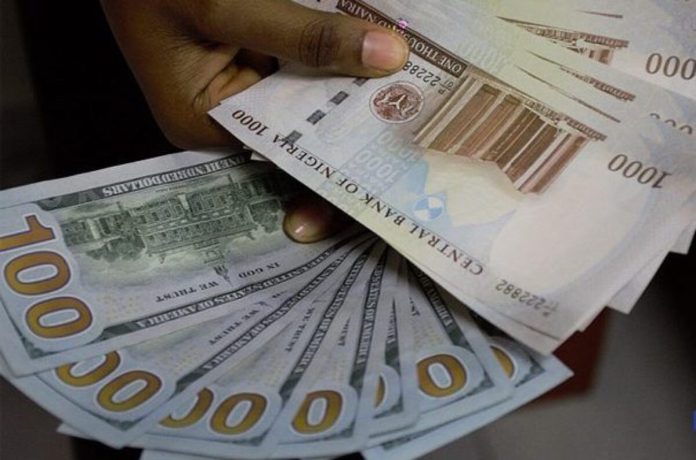 The exchange rate between the naira and the US dollar closed at N425.05/$1 at the Investors and Exporters (I&E) window, representing the lowest level recorded year-to-date.

The exchange rate at the parallel market remained flat on Thursday to close at N615/$1, the same as recorded in the previous trading session. This is according to information from BDC operators. This is the lowest level that the local currency has fallen, as BDC operators attributed the downturn to forex scarcity and increased demand.

Similarly, the exchange rate at the peer-to-peer market appreciated marginally by 0.19% on Friday morning to trade at N615/$1 compared to N616.15/$1 recorded on Thursday morning.

Nigeria’s external reserves increased by 0.1% on Wednesday, 29th June 2022 to stand at $39.13 billion from $39.09 billion recorded the previous day. This represents the 16th straight day of improvement for the nation’s foreign reserve.

The external reserve had been on a downward trend due to the continuous intervention by the Central Bank in the FX market in order to ensure the stability of the local currency. However, elevated crude oil prices have seen the reserve level improve.

A total of $76.64 million in FX value was traded in the official I&E window on Thursday, which is 32.07% lower than the $112.83 million that exchanged hands in the previous trading session.