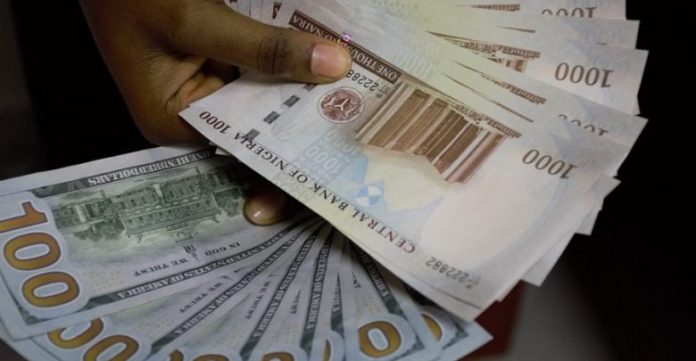 The naira has dropped to a record low of N742 per dollar at the parallel section of the foreign exchange (FX) market, popularly called the black market.

The figure represents a depreciation of N5 or 0.7 percent from the N737 it traded two weeks ago.

With the depreciation, the gap between the official and parallel market exchange rates continued to widen amid increased demand for the greenback.

At the official market, the naira gained 0.11 against the dollar to close at N440.67 on Wednesday, according to details on FMDQ OTC Securities Exchange — a platform that oversees official FX trading in Nigeria.

Currency traders known as Bureaux De Change operators (BDCs), who spoke to newsmen on Thursday in Lagos, said they purchase the greenback at N735/$, and then sell at N742 to make a profit of N7.

The traders said the FX scarcity continues to bite hard in the market.

“People keep coming to buy dollars but there is a shortage of dollars in the market. There is demand but no supply. Because of that, the price of the dollar keeps going up,” a BDC operator in the Victoria Island area of Lagos told newsmen.

Another trader in Abuja told newsmen that he sold the dollar for N740.