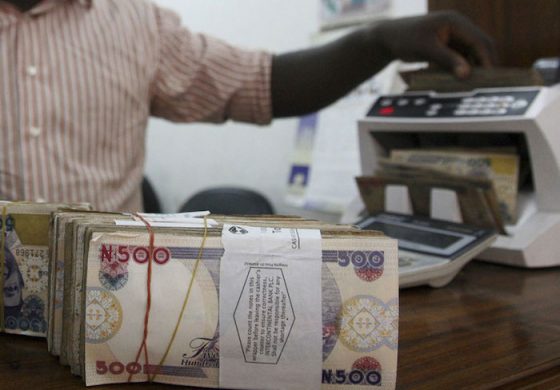 Modibo Tukur, NFIU director-general, spoke to journalists at a conference in Abuja on Thursday.

He said the agency will launch investigations against any public officials engaged in cash transactions after the end of February this year.

According to Tukur, the NFIU will collaborate with the Economic and Financial Crimes Commission (EFCC), the Independent Corrupt Practices Commission (ICPC), and the Nigeria Police Force (NPF) to investigate government officials that withdraw cash from public accounts.

The director-general added that the directive to go cashless will help to curb corruption in public offices, saying that the country’s money laundering laws as well as other anti-graft laws will be fully applied on erring government officials.

He also said the decision was in line with Nigeria’s transition to a fully cashless economy initiated by the Central Bank of Nigeria (CBN).

Consequently, he said all financial institutions have been instructed to stop cash withdrawals from government accounts from the given date, stressing that defaulters will be prosecuted alongside their accomplices.

“The rate of withdrawals above the threshold from public accounts has been alarming, over N701 billion has been withdrawn in cash from 2015 till date,” he said.

“The NFIU had told banks and government agencies at all levels to go fully digital by moving online, as all transactions involving public money must be routed through the banks for the purpose of accountability and transparency.

“This is not reversible as we are only enforcing the law. As far as we are concerned, Nigeria will become a full non-cash economy by March 1, 2023 this year.

“As a consequence, any government official that withdraws even one naira cash from any public account from March 1 will be investigated and prosecuted in collaboration with relevant agencies like EFCC, ICPC and the NPF.

“For government exigencies, only the President has the power to grant any waiver to any government official considering the importance of the situation; either for national security, health, or other important reasons.”

The implementation of the unit’s decision will come into force about two months after the CBN’s cash withdrawal policy, when weekly cash withdrawals limits will fixed at N500,000 for individuals and N5 million for corporates.

The policy is scheduled to take effect nationwide from January 9, 2023.