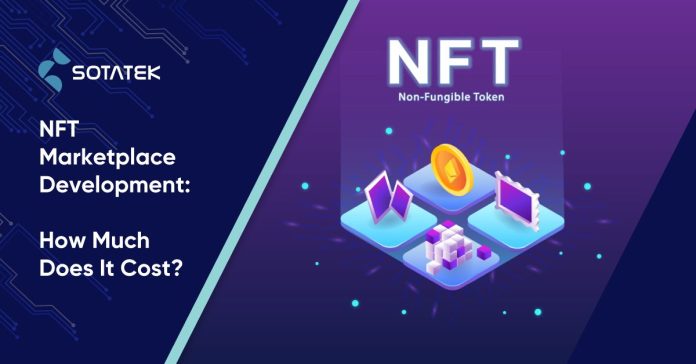 The NFT market in the last 4 months, has been on a bearish trend as many have suggested that the sector in the cryptocurrency space has lost its appeal, due to the current crypto winter that has seen massive selloffs from a majority of the crypto assets we have seen today. Due to the lack of interest and investments pouring into the space, data from DappRadar reveals that the NFT transaction volume failed to hit $1 billion, as it recorded approximately $900 million, in July 2022. The last time this happened was June 2021.

Its no news that the NFT market is facing a historically bearish period. Liquidity is down, prices are heavily influenced by the decline in the value of cryptocurrencies, and the potential profit from reselling is not very high. As a result, many users have decided to liquidate their investments in the NFT market, waiting for better times or moving to positions commonly known as “holding”, the trading blocking until the “crypto winter” has passed.

The trading volumes measured revealed that the market is contracting, with a decrease of 25% MoM. Also, the number of traders has also decreased by 8% MoM but still up 40% from July 2021.

The market is very primarily dominated by the four projects owned by Yuga Labs: CryptoPunks, Bored Ape Yacht Club, Mutant Ape Yacht Club, and Otherdeed for OtherSide, which alone represent more than $160 million dollars traded in July. In other words, Yuga Labs represents just over 20% of the entire NFT market during the total trading volume of July 2022.

Recent trends have enabled the explosion of utilities, mainly Ethereum Name Service domain names, with $20 million in total trading volume in the past 30 days.

Most Bored Ape Yacht Club members have begun purchasing the four-digit domain name corresponding to the Ape they own. This number matches approximately the domain name of the brand that their Ape carries.

In these bear market times, where trade is concentrated on one asset class, the report explained that there is a hyper-centralization of activity as blue-chip NFT collections retain most of their value.

The GameStop NFT Marketplace is a non-custodial marketplace built on Ethereum Layer-2-based blockchain technology known as the Loopring Layer-2 scaling solution. In its first two days of operation, the GameStop NFT marketplace surpassed the Coinbase NFT marketplace. Since the launch, the total trading volume of the top 50 collections is approximately $12 million. The CYBER CREW [C4] collection is the leader in sales volume, with 3,000 ETH.

The collection sold out in less than ten minutes during the presale and the general sale. The sale price was $50, and the collection’s floor price is currently $94.

While the entry of new competitors has made things harder, OpenSea still remains the dominant marketplace, even though its market share has fallen from 84% in May to the current 58.6% measured in July.

The dominance of OpenSea has unquestionably diminished as the NFT market matures and becomes more competitive, with volume increasing in X2Y2, Solana’s Magic Eden, and Ethereum’s Foundation, which focuses on NFT artworks. Despite this, it is safe to say that OpenSea’s presence will remain dominant for months to come.

The report also reveals that the gaming sector is defying the bear market trend with almost 1 million daily Unique Active Wallets (UAW) and $857 million in transactions. The report explained that the top blockchain games retain their player base, demonstrating genuine engagement at the top of the charts.

Metaverse and blockchain-based gaming ventures continue to garner increasing venture capital. It is worth mentioning that the dominance of games for the UAW has increased from 52% to 57.39% MoM, a very bullish trend for this category.

Although the NFT market failed to touch a billion in transaction volume in July 2022, there are still some upsides when it comes to gaming, metaverse, and building in the ecosystem. According to the report, it stated, “However, crypto, NFT, and web3 are still functional and will remain so.

This crisis may be viewed as a quick market recalibration that has eliminated harmful “ponzinomics” ventures that wouldn’t have withstood the test of time. It’s time to stay strong and build. The projects that succeed will create the groundwork for an excellent bull run.”