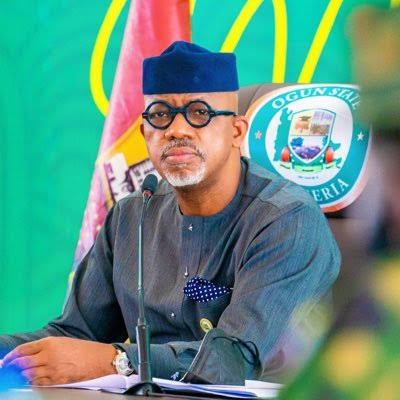 Ogun State Government says it has entered into a partnership with the World Bank to facilitate fairness in access to agricultural land in the state.

The State Governor, Dapo Abiodun, disclosed that the partnership under a policy tagged, ‘Framework for Responsible and Inclusive Land-intensive Agricultural Investments’, would ensure equal opportunity for land users, including investors and local communities in the state.

Abiodun, who was represented by the Commissioner for Rural Development, Jamiu Odetoyinbo, said the framework would strengthen the economic value of land acquisition and allocation for agricultural purposes.

This was disclosed in a press release from the Ministry of Agriculture, signed by Press Officers, Gbenga Moronfolu and Doyin Ajusebutu, and obtained by newsmen.

“The impact of the programme is going to go a long way in helping the lives and economic status of rural settlers.”

He added that the policy was established through Ogun State Economic Transportation Project, a World Bank-assisted project, noting that it was also based on international agreements on responsible land-based investment.

The OGSTEP Agriculture Sector, Project Manager, Dr Oluseyi Olugbire, while unveiling FRILLA at a stakeholders engagement forum, noted that the framework would allow for fairness in land utilisation to both communities, investors and government.

She said the objective of FRILIA was to create an enabling environment for investments and improve investor confidence, mitigating conflicts arising in competing claims on land allocated to investors.

She said, “This framework is meant to allow fairness when it comes to agricultural land investment.

“This is to ensure fairness on the part of the investor, the communities and the government.”

Earlier in his presentation, a FRILIA specialist, Oladipupo Sofowora, noted that the framework would facilitate sustainable economic development and growth rooted in environmental and social stability.

Stating the goal of FRILIA, Sofowora said, “It would support the government’s efforts to promote private investment in agriculture through the development of the inclusive and universally accepted land and acquisition and allocation framework in the State.