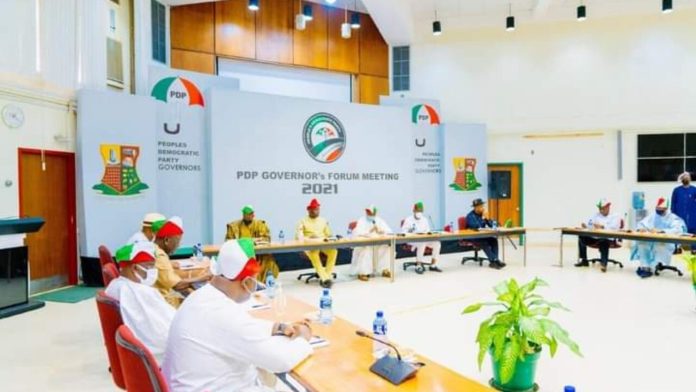 The Peoples Democratic Party (PDP) has fixed March 14 for its national caucus meeting.

According to a statement issued on Thursday by Samuel Anyanwu, national secretary of the PDP, all NEC and caucus members are expected to attend the meetings on the respective dates.

Members of the national caucus and NEC include the national chairman of the party, former presidents and vice-presidents, principal officers of the senate and house of representatives, all serving state governors and chairman and secretary of the board of trustees.

Debo Ologunagba, PDP spokesperson, told newsmen that the meetings are expected to review the “affairs and developments” in the party.

“These are all statutory meetings of the party,” he said.

“These are recognised organs of the party in the constitution. PDP follows its constitution and has its organs in place, unlike the All Progressives Congress (APC) which does not have organs, doesn’t have structures.

“The PDP has its organs and all statutory meetings are done as provided for in the constitution. The meeting will review the affairs and developments in the party and in the country.”