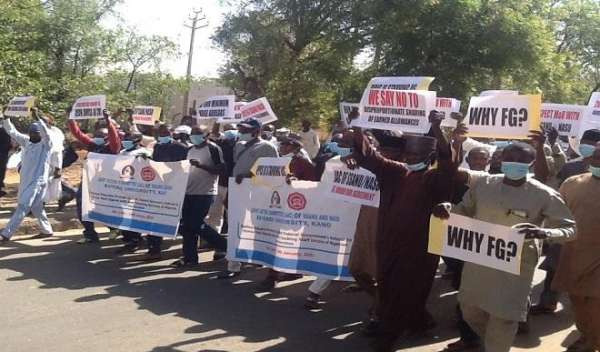 The Non-academic Staff Union of Educational and Associated Institutions (NASU) and the Senior Staff Association of Nigerian Universities (SSANU) have directed its members to proceed on a three-day nationwide protest.

The directive was issued in a memo dated November 8 and jointly signed by Peters Adeyemi, the NASU general secretary, and Mohammed Ibrahim, SSANU national president.

The joint action committee (JAC) of both unions said the protest became necessary due to the sharing formula of the recently approved N22 billion earned allowances for four universities-based unions.

The Academic Staff Union of Universities (ASUU) was allocated 75 per cent while 25 per cent went to the three other unions.

The unions had disagreed with the sharing formula while also giving the federal government a two-week ultimatum to reverse it.

It had also threatened a nationwide strike, should the federal government fail to meet its demands.

Yesterday, the unions embarked on the protest across campuses as directed by the JAC.