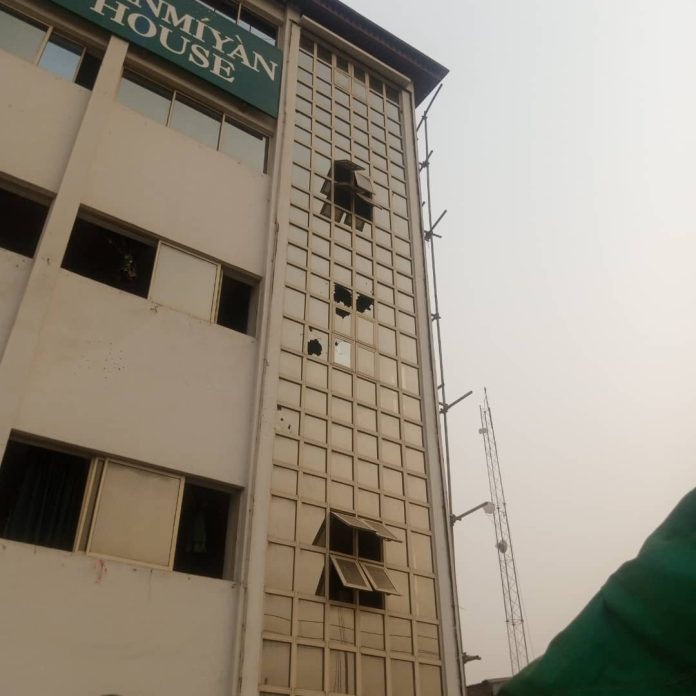 The building located around the Coca-cola area along Osogbo-Gbongan road, Osogbo, Osun State, was attacked around 5:30 pm and was shelled with bullets. 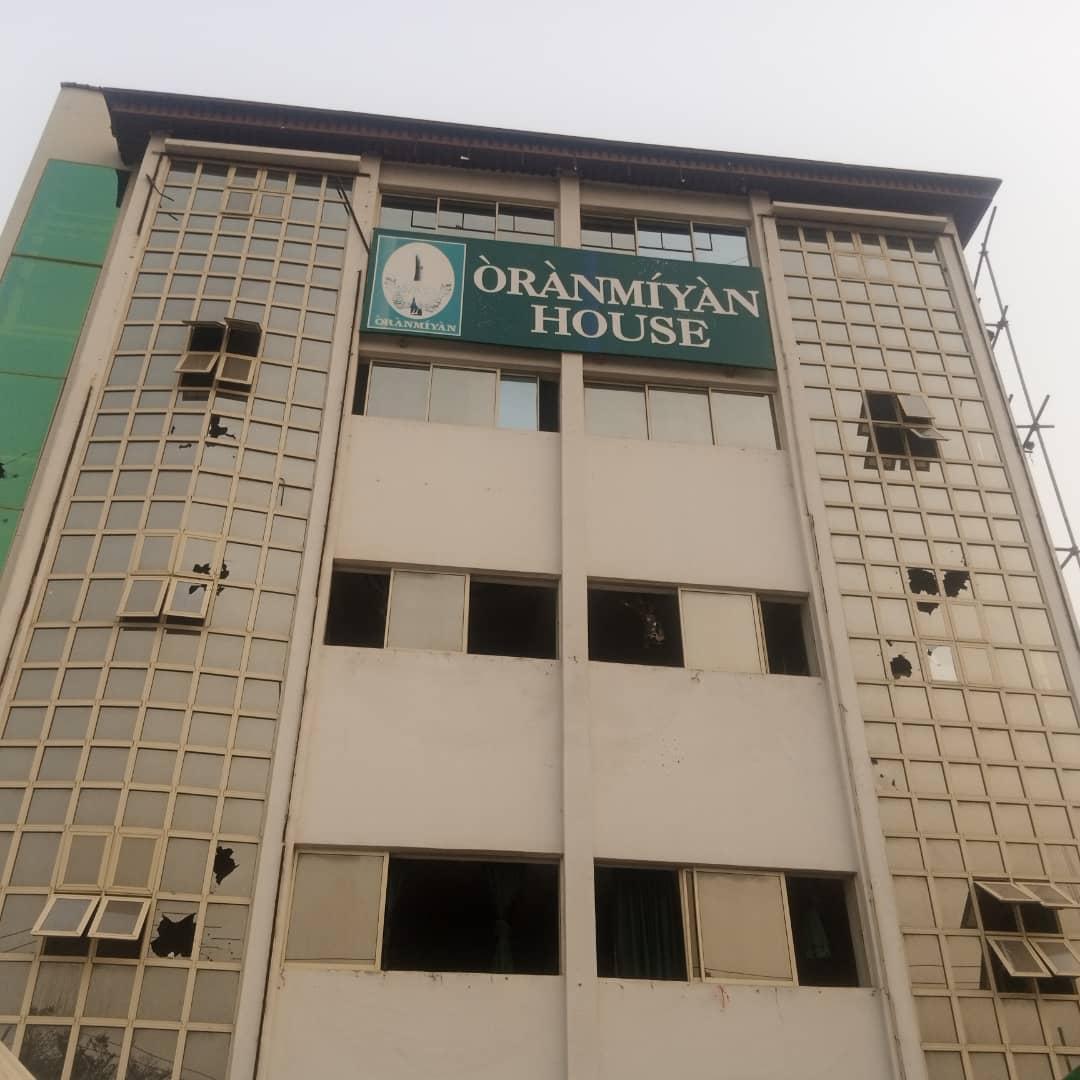 The hoodlums also shot sporadically at the transformer and the canopies used to hold the weekly meeting within the building complex. The canopies caught fire before it was extinguished by workers and shop owners around the building. 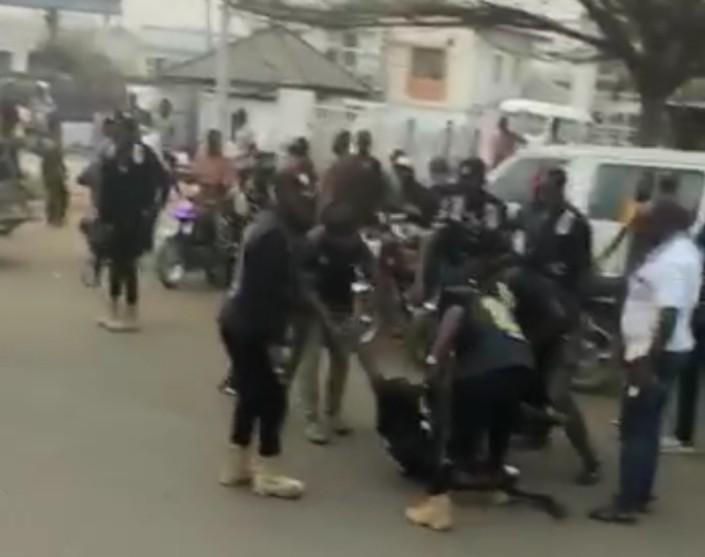 An eye witness, Seun Abosede, popularly called Safety, disclosed that the hoodlums arrived at the building in two vehicles; a red sienna vehicle and Toyota bus parked on the side leading to Ogo-Oluwa and opened fire on the building.

“Shortly after our meeting today, the people had already left, some thugs came in two vehicles; one red Sienna car and a bus, around 5:30 pm, parked on the other side of the road, move towards the building with a pump-action rifle and started shooting. It was very difficult to count their number but going by the over 30 cartridges on the floor, their number is large, they started shelling the building. 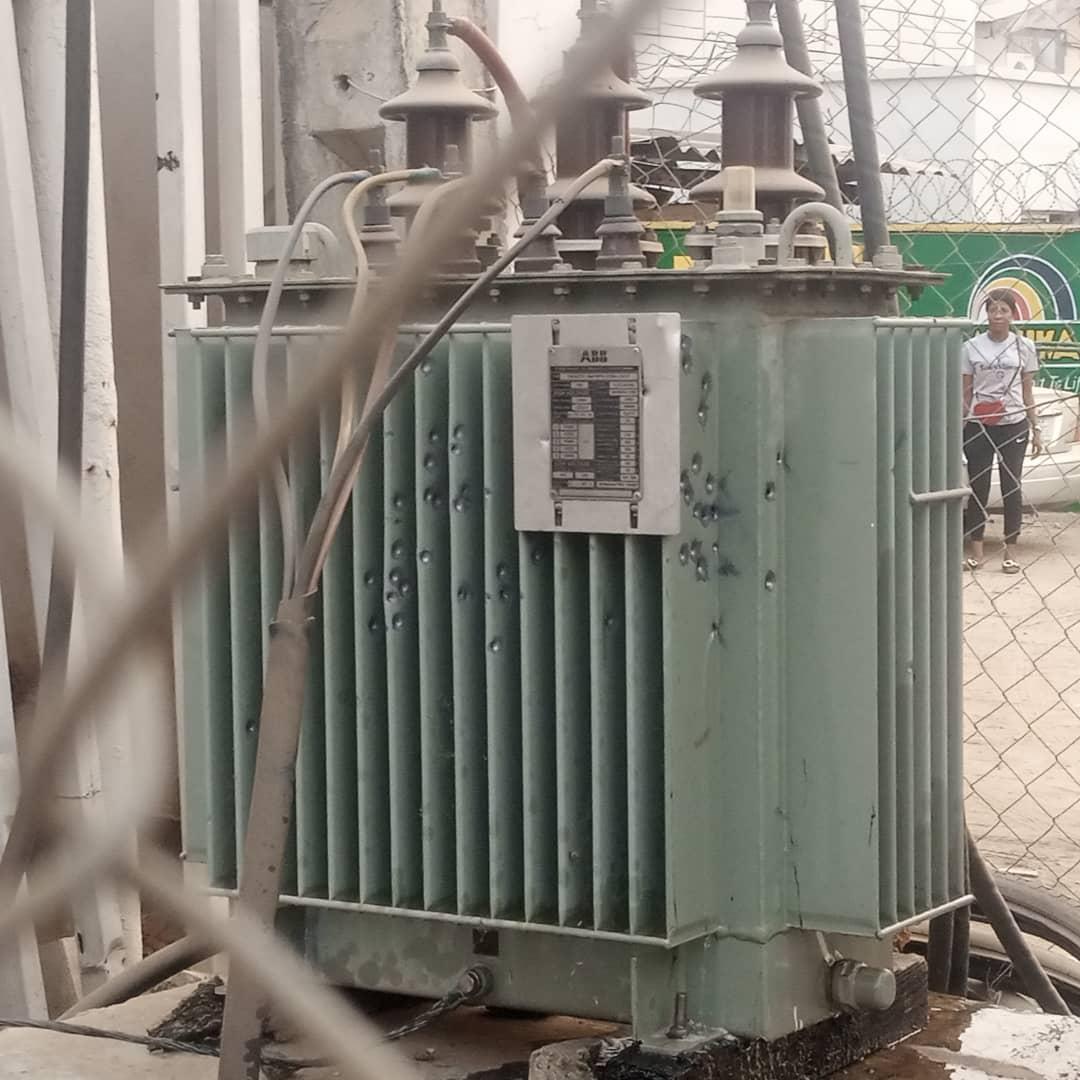 “They also shot sporadically at the transformer to set it on fire so that the whole building will be razed, but luckily, the canopies caught fire and the people we mobilised quickly extinguished the fire after the hoodlums escaped through Gbongan/Osogbo road.

“Their drivers were on standby, we were able to count six pump-action and other weapons. They operated for 15 minutes”, he narrated. 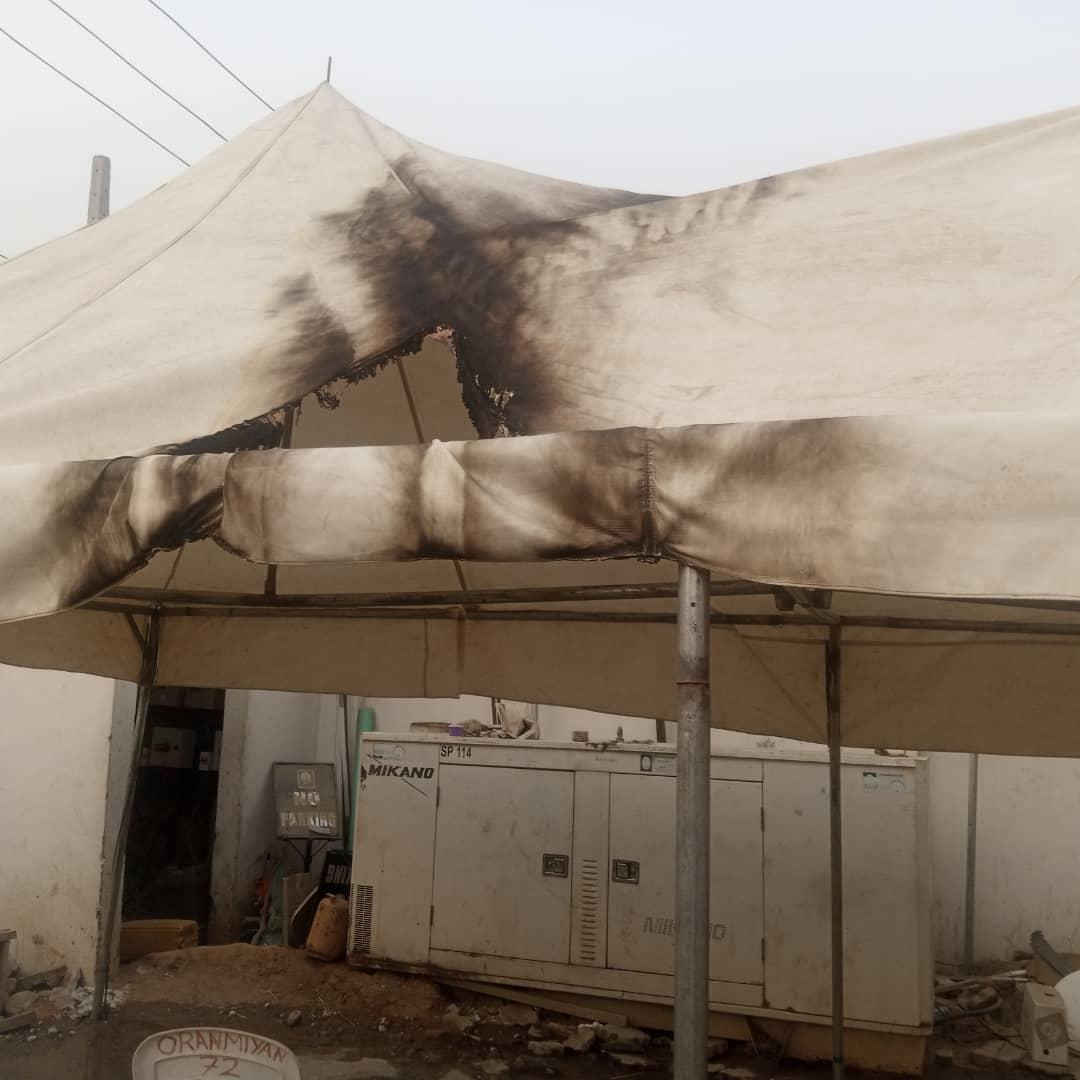 However, a few minutes later, a viral video showed a suspect who was allegedly caught by police in connection with the shooting being bundled into a police patrol vehicle opposite the building.