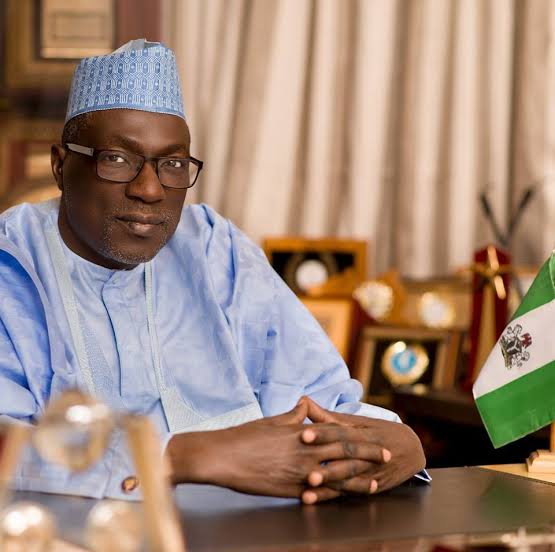 The brouhaha that has continued to greet the intended defections of political gladiators from the ruling All Progressive Congress (APC) to the opposition People’s Democratic Party (PDP) in Kaduna State is entangled in a somewhat acrobatic summersault, a melodrama of some sort of unimaginable proportions.

Never in the history of the defections into the party has it generated this much ruckus that is threatening to consume some consummate party chieftains who are flagrantly imbued with mercantilist mentality and political miasma juxtaposed by a desire to maintain some political relevance against all odds.

Superficially the unity and political stability of the party in the local government area may appear to be threatened by such defections, however, all these uproar in the end is nothing but a fluke.

In the run off to the 2019 elections the opposition party had witnessed some high profile defections such that it’s Presidential, gubernatorial, Senatorial and House of Representatives candidates across the political flow lines were all defectors from the ruling APC.

At such trying times, the party had maintained a dignified silence over the propriety or otherwise of actions associated with such moves, to it all was a welcome development.

The constitutional provisions relating to entry, registration and contestation was never truly examined or reflected upon for complete compliance.

Rather the bar was further lowered to accommodate and allow for easy entry and passage of intending defectors or decampees as the case may be.

Fast track to the current scenario playing out within the Kaduna central senatorial zone and Kaduna North local government area respectively,one wonders what has changed.

First was the intended defection of a senatorial aspirant in the zone , Usman Ibrahim, known in political parlance as Sardaunan Badarawa (his traditional title).

The largesse he doled out as philanthropy and deft moves generated an air of condemnation, resentment and hullabaloo from certain quarters that can best be imagined than realized.

It was a subject of political discuss for sometime which kept pundits wondering what went wrong with his honest and sincere actions. Posers were formulated to justify or juxtapose reasons as to the treatment meted out to him.

It was not until the state headquarters of the party’s intervention that hitherto normalized the situation.

It was disheartening to note that what appeared to be a harmless action was systematically turning into a political strangulation.

The most recent event generating some tumult within the political space was the defection of Hon Samaila Suleiman a member representing Kaduna North Local government in the House of Representatives.

The conspiratorial landmines laid and hatched against his aspiration was targeted at frustrating his defection into the PDP family.

This unwholesome act came into reckoning and was further exposed immediately he was issued with a membership card by his ward executives as discordant tunes began to emerge.

A former Governor and Chairman caretaker committee of the PDP was the first to fire the first salvo.

He is perceived to be in support of and infact sponsoring a particular aspirant within the party .He was reported to be visibly angry with the unexpected and surprise registration of the house member.

He was equally reported to have directed the state working committee to commence discreet investigation into the circumstances leading to the issuance a membership registration card to him.

In a similar vain a serving senator and a gubernatorial hopeful within the ruling APC, who happens to be a close confidant of Governor Nasir Ahmad El-Rufai has also been reported to be campaigning against the house member within the PDP.

It is copiously and explicitly known that a sour relationship exists between the governor and the house member as a result of their irreconcilable political differences.

It is also known that the Governor’s son Bello is the consensus candidate of the APC in the LGA ahead of the 2023 polls even before the primaries.

These events as they unfold are sending the wrong signals that an opposition party that is expected to be all embracing is rejecting certain category of decampees.

What is most distasteful is the conspiracy to deny those with high political acumen, pedigree and capacity to upstage the applecart. Succinctly put, the house member appears to pose a serious threat to the aspiration of their anointed.

However spiritually the scripture has aptly enthused and warned naysayers to be wary of touching the Lord’s Anointed “Touch not my anointed says the Lord” .

The culture of impunity and imposition which is almost extinct, fast disappearing and becoming a thing of the past is gradually resurfacing and might be fully entrenched.

If resuscitated it’s outcome might present a real danger to the success of the party at the forthcoming polls.

Perhaps the whole game plan is orchestrated and masterminded by a select few from both party stakeholders to create an atmosphere of ease by giving Bello an easy ride to the hallowed green chambers.

Who can easily tell ? it could well be the hand of Esau but the voice of Jacob.