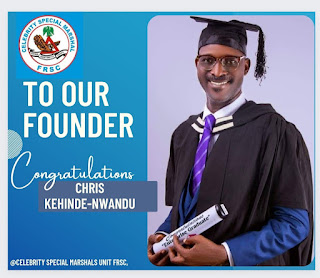 Nwandu was one of the graduands at the 15th Convocation ceremony of Leadcity University held on Saturday in Ibadan.

Chris Kehinde Nwandu who had his first degree from the Lagos State University 32 years ago joined his colleagues at the graduation ceremony presided over by the Vice Chancellor of the University Prof Kabiru Adeyemo and other principal officers of the institution.

While speaking with newsmen at the ceremony Nwandu said he decided to study law in order to enhance and broaden his knowledge.

A victim of Nigeria’s cybercrime law in 2015.

Nwandu recalled how he was arrested in 2015 over a publication he made as the Editor in Chief of CKN News and was reminded at Ikoyi Prison for 13 days until he perfected his bail conditions.

The case was eventually struck out, according to him , that singular act was another motivational factor why he opted for law studies at the age of 55.

On his future plans , Mr Nwandu confirmed that he awaits to be mobilized for the mandatory Law School programme anytime soon. 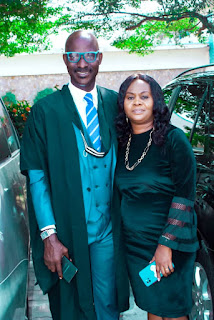 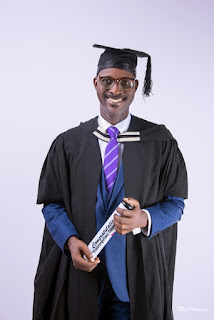 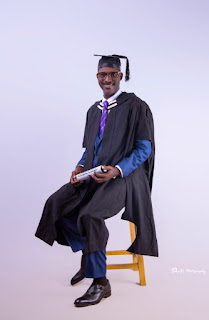 Hear him , I am happy to fulfil my childhood dream .

it was not an easy task combining my job with full time studies especially law but I was determined to make a success of it.

Most of my classmates were my daughter’s age mate , she graduated last year from Bowen University with a first class in Computer Science.

I did not allow the age difference to be a barrier rather it became a motivational factor for me.

I want to use this opportunity to appreciate my family for all the support and to my lecturers at the Faculty of Law Leadcity University for making it possible for me to realize my lifetime ambition.

Chris Kehinde Nwandu is an Associate Member of Nigerian Institute of Public Relations, Advertising Practitioners Council of Nigeria, Chartered Institute Of Arbitration, Institute Of Chartered Mediators And Councilators and amongst so many other professional bodies.

Nwandu is a Public Affairs Analyst and the Presenter of popular Political Programme INSIDE POLITICS WITH CKN on STV and NEWS24.