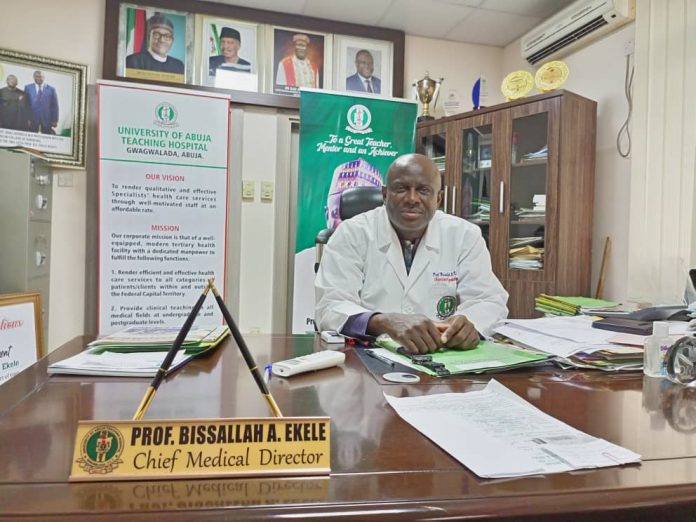 The University of Abuja Teaching Hospital (UATH) has dismissed claims that Obadiah Mailafia, the former deputy governor of the Central Bank of Nigeria (CBN), was treated shabbily at the facility before his death on Sunday morning.

On Monday, the Middle Belt Forum claimed Mailafia endured a miserable ordeal in the hands of doctors at UATH, saying the officials refused to attend to him despite his condition.

According to Premium Times, Bissallah Ekele, chief medical director at UBTH, described the allegations as false.

Ekele stated that Mailafia had been attended to at two hospitals where he tested positive for COVID-19 before he was eventually transferred to the facility when his health had degenerated. He said the former CBN deputy governor eventually died of COVID-19 owing to underlying diseases.

“I can confirm in my honor that all the allegations circulating in the media are false. We never asked for any deposit before commencement of treatment. The doctor on duty that day was on ground and received the patient and he was never at any point refused oxygen. In fact, he was placed on a high-flow-oxygen to enable fast breathing,” Ekele said.

“It was unfortunate that his health deteriorated rapidly despite all efforts to save his life.”

Usman Galadima, the doctor on duty during the incident, also dismissed the allegation that the hospital demanded a N600,000 deposit before attending to the deceased.

He added that Malaifia was already certified dead before a foreign consultant was asked to intervene.