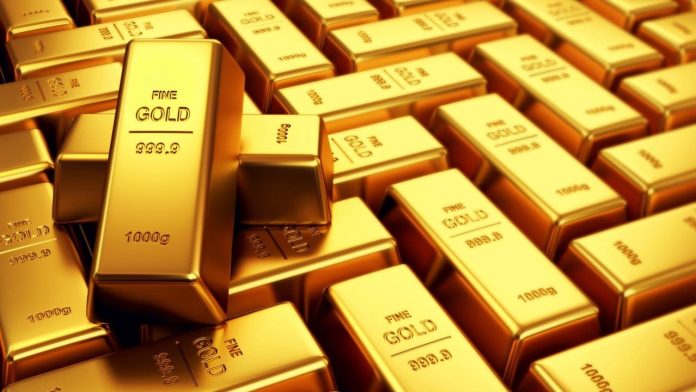 As the greenback stayed close to a two-decade high on international markets, the yellow shining metal today dropped to nine-month lows. After falling to $1,722.36 per ounce, its lowest level since September 30, spot gold was unchanged at $1,735 an ounce.

On fears that an energy crisis could send Europe into a recession, the euro was almost at parity with the dollar.

Quick fact: When the dollar is strong, the precious metal priced in dollars is more expensive for buyers using other currencies.

The opportunity cost of owning bullion, which pays no interest, rises as interest rates rise.

Market predictions that the Fed may continue with aggressive rate hikes to get inflation under control have been further reinforced by the recent strong jobs data from the US.

The Federal Reserve’s widely anticipated 75 basis point rate increase has kept the price of gold under pressure. Technical assessments estimate the key support at $1680 and the first level of probable support at $1720 an ounce.

Why Gold Prices Are Falling Despite High Inflation

The price of gold is also being affected by commodity weakness and ongoing ETF outflows. However, the resurgence of virus fears in China and some other Asian nations as well as the fastest-growing consumer price growth in China in two years is boosting the price.

Recent price action suggests that a fall below $1700 an ounce is likely in the upcoming weeks, and the technical picture is still negative.

Since rising US real rates—nominal Treasury yields less inflation expectations—remain higher, the fundamental narrative is still gloomy. Plain and clear, the “sell the rally” viewpoint is still relevant for the foreseeable future.