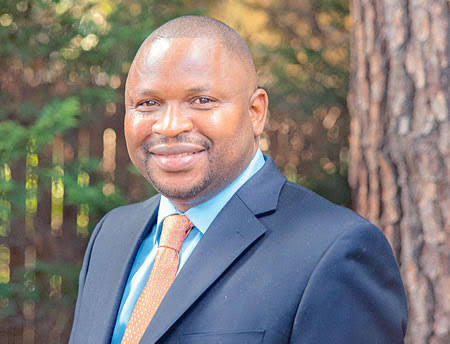 Facts I have uncovered from the Independent National Electoral Commission (INEC) show that Labour Party’s Peter Obi may become Nigeria’s president next year by default because Bola Tinubu and Atiku Abubakar, candidates for the All Progressives Congress (APC) and the Peoples Democratic Party (PDP) respectively, have violated the Electoral Act 2022, which may cause them to be disqualified if Obi sues them.

The Electoral Act 2022 requires political parties to notify INEC of their intent to conduct primary elections at least 21 days before the date of their convention. It also requires parties to submit their membership registers to it at least 30 days before their primary election. The APC didn’t meet the first requirement and the PDP failed the second requirement. The Labour Party met both.

Documents an INEC insider shared with me (which you can find on my blog at www.farooqkperogi.com) show that the APC didn’t notify INEC of its intent to conduct its primary election 21 days before its convention. Section 82 of the Electoral Acts says the penalty for this infraction is outright disqualification of the candidates of political parties.

Section 82 (1) of the Electoral Act 2022 says, “Every political party shall give the Commission at least 21 days’ notice of any convention, congress, conference, or meeting which is convened for the purpose of ‘merger’ and electing members of its executive committees, other governing bodies or nominating candidates for any of the positions specified under this Act.”

Subsection (5) then says, “Failure of a political party to notify the Commission as stated in subsection (1) shall render the convention, congress, conference, or meeting invalid.” An invalid convention can’t produce a valid candidate.

Now, let’s look at how the APC, the PDP, and the Labour Party fared in their observance of this requirement of the Electoral Act.

Based on its May 23 letter to INEC of its schedule of primaries, the APC’s June 8 primary election is invalid in the eye of the Electoral Act 2022, and Bola Tinubu may be disqualified if he’s sued.

The Labour Party, like the PDP, complied with the requirements of Section 82(1) of the Electoral Act 2022. It notified INEC of its intent to conduct its primaries on March 9, 2022, and held its convention on May 30. That’s more than 80 days’ notice.

Then Section 77 (2) of the Electoral Act 2022 mandates political parties to submit their membership registers to INEC at least 30 days before the conduct of their primary elections.

The penalty for failure to abide by this provision of the Electoral Act is exclusion from participation in elections of the candidates of the political parties that infract the provision. Section 84 (13) Electoral Act 2022 says, “Where a political party fails to comply with the provisions of this Act in the conduct of its primaries, its candidate for that election shall not be included in that election for the particular position in issue.”

Now, let’s see how the APC, the PDP, and the Labour Party fared in this provision of the Electoral Act.

The APC submitted its membership register to INEC on 25 April and conducted its primary election on June 8. That’s clearly more than 30 days. So, it’s in the clear here.

But the PDP fell afoul of Section (3) of the Electoral Act 2022. Although an INEC document titled “Table of Submission by 18 Political Parties” shows that the PDP submitted its membership register to INEC on April 29, which would make it exactly 30 days since it conducted its convention on May 28, the PDP’s series of correspondence with INEC that an insider shared with me indicates that the party submitted its register in four installments, with the earliest being May 3. May 3 to May 28 is less than 30 days.

The Labour Party abided by this provision of the Electoral Act. It submitted its membership register to INEC on April 25, which is more than 30 days before its convention, which was held on May 30.

Section 29 (1) of the Electoral Act 2022 says, “Every political party shall, not later than 180 days before the date appointed for a general election under this Act, submit to the Commission, in the prescribed Forms, the list of the candidates the party proposes to sponsor at the elections, who must have emerged from valid primaries conducted by the political party.”

Subsection 3 says, “The Commission shall, within seven days of receipt of the personal particulars of the candidates, publish same in the constituency where the candidate intends to contest the election.”

As I have shown, the candidates for both the APC and the PDP did not emerge “from valid primaries” because they contravened significant provisions of the Electoral Act that rendered their elections void. Yet INEC went ahead to publish the particulars of candidates for president and the National Assembly on June 24.

In other words, even INEC is in violation of the Electoral Act 2022, and this isn’t the first time it is. In its entanglements with the Ahmed Lawan and Godswill Akpabio senatorial nomination fraud, INEC also refused to exercise its power of rejection.

Section 84 subsection 13 of the Electoral Act 2022 empowers INEC to write to political parties and alert them to the fact that the names they sent to it were inconsistent with the reports of the primary elections monitored by its staff.  Had INEC done this, it would have obviated the need for litigation by candidates who have been shortchanged by their parties.

In response to an explosive and credible July 8 Sahara Reporters story (with which I was familiar days before Sahara Reporters published it) titled “Nigerian Electoral Body, INEC Succumbs to Pressure from Ruling APC to recognize Senate President Lawan as Yobe Senatorial Candidate, Moves to Destroy Electoral Commissioner’s Report,” INEC’s Festus Okoye issued a statement where he, among other things, claimed that INEC stood by the reports of its state monitors.

That was obviously not exactly true. One, if INEC did, it would have rejected names sent to it that were at variance with the names their staff recorded and certified. Second, the INEC headquarters in Abuja would not have denied Resident Electoral Commissioners the power to issue Certified True Copies (CTC) of primary elections. CTCs are centralized to Abuja creating needless bottlenecks in the process because, an INEC insider told me, it’s a conduit for corruption.

Anyway, section 285 of the constitution (4th alteration, no. 21) empowers any “aspirant who complains that any of the provisions of the Electoral Act” has been violated to seek redress in a court of law. Subsection b specifically confers the right on aspirants to sue if INEC violates the Electoral Act, which it serially has, “in respect of the selection or nomination of candidates and participation in an election.”

So, if either the APC’s Bola Tinubu or the PDP’s Atiku Abubakar wins the 2023 election, their victory would be invalidated by the courts, and Labour Party’s Peter Obi may be declared president by default since he is likely to be in the top three performers in the presidential contest.

Of course, either Peter Obi or the Labour Party has to sue first for this to happen. And, although the invalidation of Tinubu’s and Atiku’s candidature by the court is a slam dunk, neither INEC, which should supply the evidence, nor the judiciary, which will give the judgement, is reliable. But the evidence is reliably strong. I have all the documents.