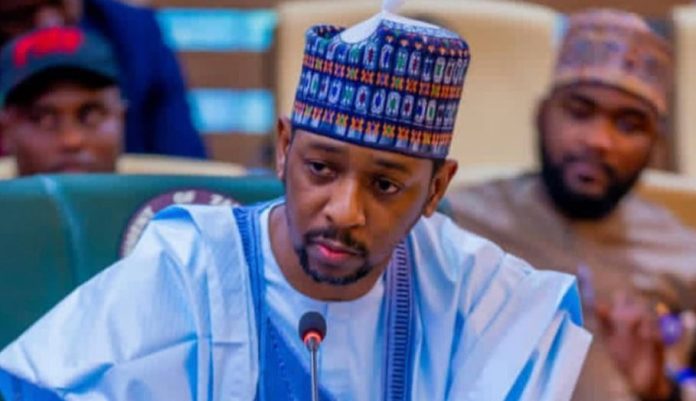 The Zamfara house of assembly has announced the service of an impeachment notice on Mahdi Aliyu Gusau, deputy governor of the state.

Shamsudeen Hassan, chairman of the house standing committee on information, announced the development at a media briefing yesterday.

The house had, on February 4, announced the commencement of an impeachment process against the deputy governor following the presentation of a formal request to the speaker.

Speaking on the development yesterday, Hassan said the house had served the notice in line with the provision of section 188 of the 1999 constitution (as amended).

Section 188 of the 1999 constitution states that impeachment proceedings against a governor or deputy governor of a state on the grounds of “gross misconduct” may begin, following an “allegation in writing” signed by at least one-third of the members of the house of assembly.

Speaking at the briefing, Hassan said the allegations against the deputy governor include “insubordination, abuse of office, and criminal self-enrichment”.

“Members of this honourable house, on the discharge of their constitutional duties, formally served the right honourable speaker of the Zamfara state house of assembly with the impeachment notice of his excellency, the deputy governor, in person of barrister Mahdi Aliyu Mohammed Gusau, from the office of the deputy governor of Zamfara state, on allegation of serious gross misconduct,” he said.