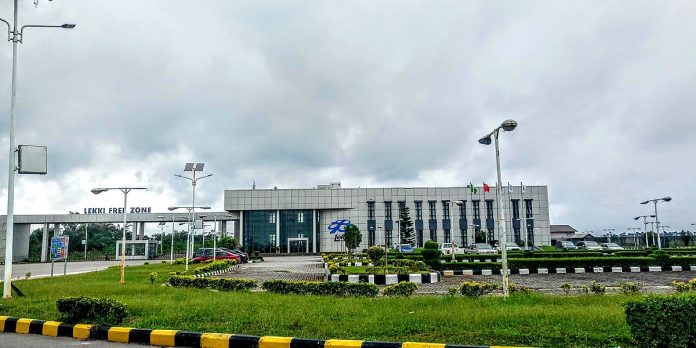 Ibeju-Lekki is regarded as the next new Lagos and major hot spot in Lagos State, this is as a result of the ongoing developments in the area.

As of recent, it has become one of the most wanted locations for investment by investors, real estate developers, and other industry-related experts.

Every investor knows that in this business of real estate,location really matters.

It can make or mar an investment; thus, location is everything!

However, let’s get to know more about Ibeju Lekki and its location in Lagos state.

Ibeju Lekki is one of the 37 Local Government Areas of Lagos state and almost 20km wide and 75km long. 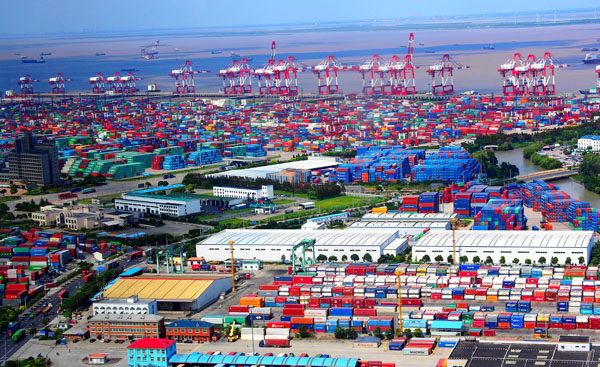 The name was founded from the two autonomous communities, that’s Ibeju and Lekki.

Its provincial government is part of the four established in Lagos State in the year 1990, it was formed out of the old Epe Local Government, with its headquarters at Akodo.

Meanwhile, in connection to the National Population Commission census in 2006, Ibeju-Lekki had a total population of 117,481 while that’s of the whole Lagos state population was 9,113,605.

We have the tribe Yoruba as the major inhabitants of Ibeju Lekki and other people from the different parts of the country.

They interact in English and Pidgin English as their major source of communication.

But that doesn’t eliminate the local language of the people in the region which is the Yoruba language.

Most of the inhabitants of Ibeju Lekki are people of different religions, such as Christian, Muslim, and other Traditional worshippers like Ifa.

Features of Ibeju LekkiWe have great features in Ibeju Lekki and these are part of the reasons why this area is known as the New Lagos and the next hot spot in the state.

Different projected developments are on-going in Ibeju Lekki, mainly owned by either private group or the government.

This we will discuss extensively later as we proceed.

However, they include the Dangote Refinery that worth over $9 billion, Lekki Golf Course – the latest in the region, the New Lekki International Airport, Lekki Free Trade Zone (FTZ), the Railway, Pan-Atlantic University, the Lekki Sea Port, and others.

2. The Prime Location and Property Appreciation

Ibeju Lekki is located in the serene environment of Lagos state, a perfect location for tourist centers and entertainment.

This is because of its proximity to Eleko Beach, Lekki Conversation Centre, Nike Art Centre, and many others.

Thus, investing in Ibeju-Lekki keeps your property at the peak of action whether it’s for commercial purposes or personal residence.

Due to these features, property located at Ibeju Lekki usually appreciates more than those in other locations.

It guarantees at least 200% returns on investment in a short time and a goldmine to early investors.

3. Expansion of Road Networks in Ibeju Lekki The Lagos government already carrying out a major project of road expansion in the area.

The State government plans on creating a 10-lane road to make the Lekki-Epe Expressway, that’ll easily connect the area to other major roads leading to Ikorodu, Itokin then to Ijebu-Ode.

Ibeju-Lekki is one of the fastest-growing areas in Lagos State with several luxurious Estates being established.

Most of the Estates have been completed while the rest are under construction.

Thus, this has also given rise to the expansion of road networks in the area for easy accessibility.

The Real Estate market is almost the same all over the world, location has a greater influence on your investment.

The appreciation and potential of the property are 80% dependent on its location.

For instance, the likes of Lekki, Ikoyi,Ikeja, Victoria Island and, other major locations we have now started from the minimal before its advancement and that’s the same thing happening now in Ibeju Lekki.

We have various major developments being set in place.

The project on completion is expected to employ up to 20,000 Plus Nigerians and refine over 600, 000 barrels of crude oil daily.

With this population to be employed, comes also that of housing and housing appreciation in the area.

This single project is not only going to be favourable to the Lagos state government but the whole of Nigeria and Africa.

With this project, Nigeria will save at least $10 billion annually on imports.

2. Lekki Free Trade Zone (FTZ): This is another major project taking place at Ibeju Lekki, it’s going to be the first Smart City in Nigeria.

According to a report by Daily Times, over billion of naira has been invested in FTZ.

The master plan for the project was to be created as a satellite city for eco-city for residents, modern industrial business, and trade.

3. Lekki International Airport:This is a project being handled by the Lagos state government and designated to handle up to 5 Million passengers annually.

The master plan has been set in place and 3500 hectares of land map out for it.

It’s established to handle over 6 million Twenty-foot Equivalent Units (TEUs) of containers. This project has been estimated to provide employment opportunities to over 170,000 Nigerians either directly or indirectly.

5. Lekki International Golf Course: Lakowe Lakes Golf &Country Estate is very unique and one of its kind in West Africa.

It is a 308-hectare residential development established within a serene environment with an 18-hole world-class golf course.

6. Pan African University: This privately owned University has its new campus at Eleranigbe, close to Eleko in Ibeju Lekki.

7. Shopping Mall: We have different shopping malls being set-up in Ibeju Lekki.

For instance, a massive ShopRite already in place, Yomade shopping complex, Mayfair shopping complex and others. These developments help in the massive growth of the area.

8. 4th Mainland Bridge: This is a proposed 38km project to be built by the Lagos state government, linking Lagos island to Ibeju Lekki, Baiyeku towns and across Lagos Lagoon down to Ikorodu.

This bridge will complement the 3rd Mainland Bridge to help with the road network of the region. Thus, boost the economy of the state and encourage investment as well.

10. Different Companies: There are different companies such as Indomie Industry, Eleganza Industries,Power oil production plant, Coscharis Group with all these companies in the area, they’ll definitely make Ibeju Lekki the major business district in Lagos.

In conclusion, with these major developments in Ibeju-Lekki is undoubtedly a perfect and best time to create wealth.

This is because, with these projects in the area, the economic activities will be on the high side.

Thus, making Ibeju Lekki the major business district in the state and even in the country.

For Questions On This Article Or Enquiring About Real Estate Email: Dennis@Landproperty.ng or Whatsapp/Call +2348164741041