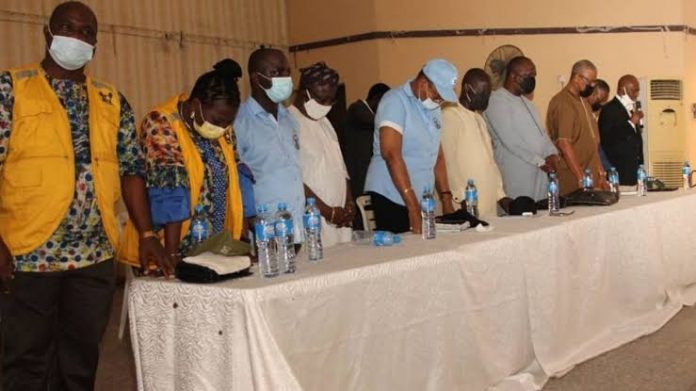 The Lagos State Christian Pilgrims Welfare Board (LSCPWB) says it has chosen Jordan for the forthcoming May/June pilgrimage following the “refusal” of Israel to reopen its borders.

Speaking at a forum for intending pilgrims in Ikeja, Lagos capital, on Thursday, Anofiu Elegushi, Lagos commissioner for home affairs, said Jordan was picked because of indications that Israel would not reopen its borders soon.

Israel closed its borders in 2020 in an effort to contain the spread of COVID-19.

Two weeks ago, the country said it will only reopen its borders to vaccinated tourist groups in May, because its own inoculation campaign has brought down COVID-19 infections.

According to the Lagos commissioner, some officials from his ministry have visited Jordan as part of efforts to determine the readiness of the country to host visitors.

Elegushi said Babajide Sanwo-Olu, Lagos governor, will be formally briefed about the development after the stakeholders’ meeting.

On her part, Adebunmi Adekanye, permanent secretary of the Lagos ministry of home affairs, said pilgrimage to Jordan “is a worthwhile experience”.

Adekanye said based on their findings, intending pilgrims will visit both Israel and Jordan in the future.

The Lagos State Christian Pilgrims Welfare Board (LSCPWB) has opted for holy pilgrimage to the kingdom of Jordan instead of Jerusalem for its forthcoming May/June Pilgrimage due to the refusal of Israel to open its border for the exercise.@jidesanwoolu @drobafemihamzat #LASG pic.twitter.com/i6W5S79o4K